22 - Is it possible to look like a John Waters film? 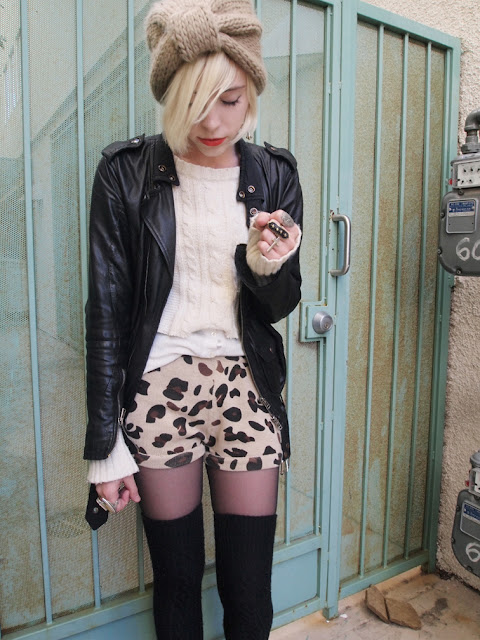 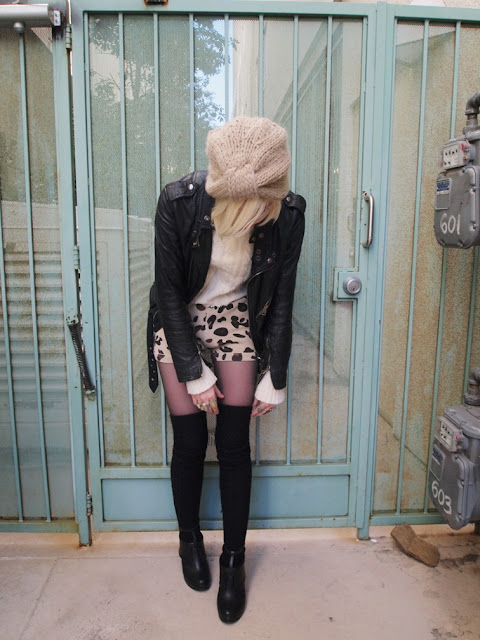 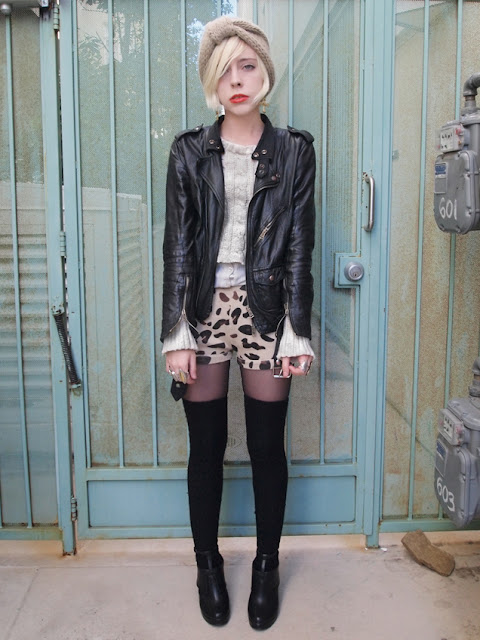 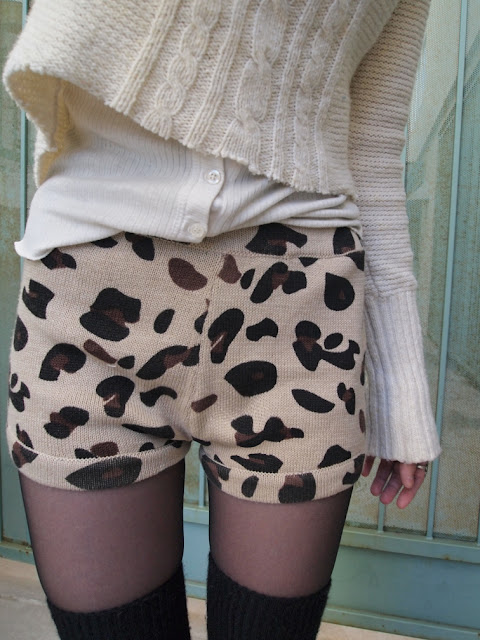 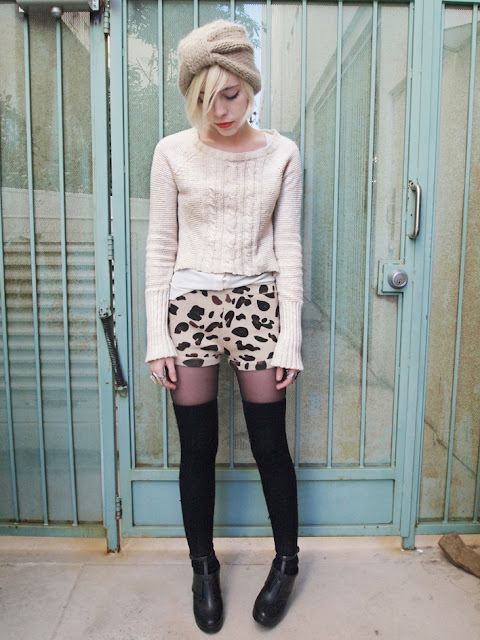 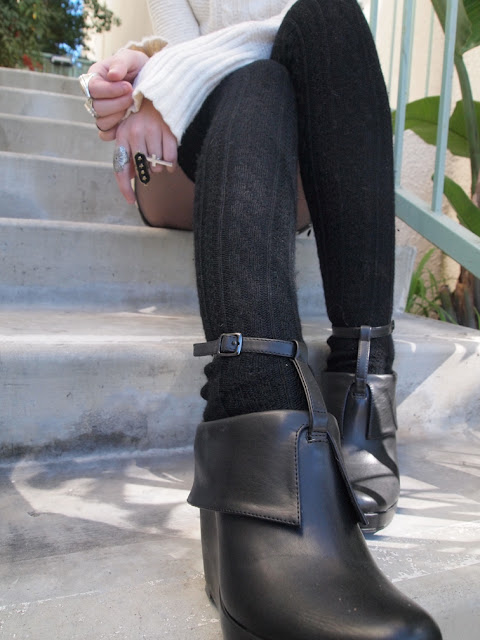 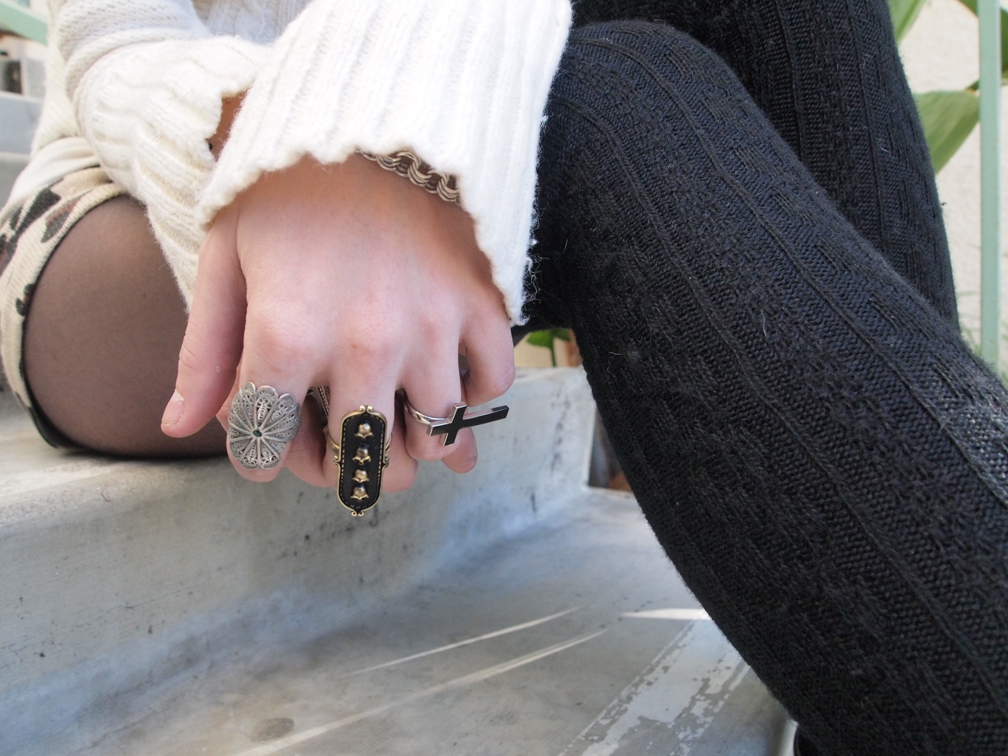 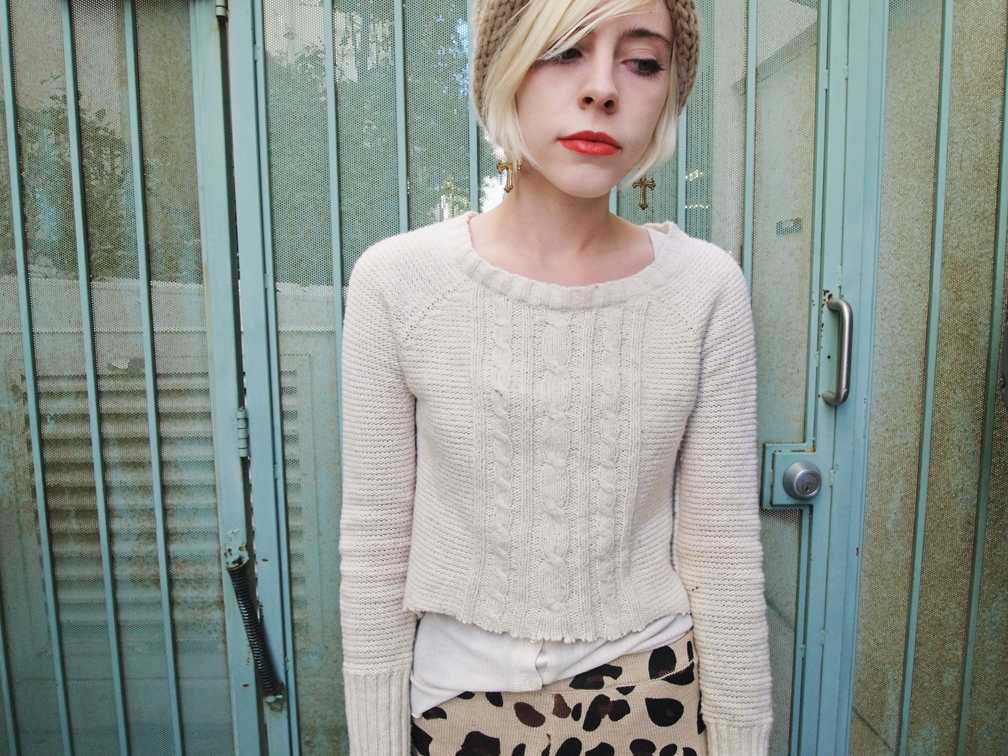 Knit Turban - Forever 21, Cropped Sweater - Vintage DIY Hacked, Button-up Wifebeater - H&M, Leopard Print Knit Booty Shorts - Urban Outfitters, Cross Earrings - from a costume store, Rings - Flea Market, Shoes - Deena & Ozzy, Leather Jacket - SWORD
Were this outfit a movie, it would be a John Waters movie about an underaged traveling Lolita-esque psychic gypsy (played by someone's precocious 12-year-old sister) whose stolen car breaks down in Baltimore, where she is drawn into a life of crime by a street thug (played by Nicholas Cage). The movie would be called Dirty Divinity & the Devil on Wheels, and the climax would feature a bank robbery performed entirely in the nude using a shank hidden in a lipstick tube.
I've been keeping my eye on Style.com as the Fall '11 runway reports come in. The color palette thus far is stunning, and I'm loving the carryover of past-the-knee skirts. Here are some 2-second reviews using images from Style.com:
Jenni Kayne

Jenni Kayne knows the way straight to my heart: through a killer 70s' color palette and juxtaposed textures. The only way this could appeal to me more is if the models walked down the runway eating Kit Kat Bars.
Luca Luca

Luca Luca, was your inspiration board for this collection just all Mad Men vs. Mad Max or what? This color palette is sensational, but a bit scattered, like maybe your bizarre Aunt Mindy helped you select each hue based on her plate collection, which I respect. Also, you remembered that ladies have waists -- how refreshing. Shout out, bro.
Nicholas K

Doesn't this remind you of some mega-hot vampire/vampire-slayer battle that takes place in the desert? It's all slightly utilitarian and vaguely spooky, and I'm a sucker for things that layer, wrap, and tie. Nicholas K FTW.

I have to say that so far, this collection looks nothing like anything else going on for Fall 11. While I'm starting to tire of fringe, I like the fact that this collection was designed to move with the wearer. Also, I find the geometric influence in this collection very inspiring. I watched The Adams Family yesterday (TV show, not movie, though both are amazing), and all of this just screams Morticia in the coolest way possible. Also, side note, how badass is the name Morticia?

Rachel Comey, get out of my head! You're the hot girl at school who does everything I want to do, but does it a million times better. It's like you stole this chunky vs. drapey thing from my out of my dreams, then used my fabric scissors to cut all of the sweaters off at the navel, only you actually took the time to reattach the original hem whereas I decided to eat some ramen and watch Battlefield Earth instead.  Also, I'm pretty sure these girls have mullets and I am LOVING it.
Steven Alan

Steven Alan totally watched that movie The Three Faces of Eve where that hot chick has a multiple personality disorder and knew that women want versatility. Like, maybe one day I want to be a witch from 1977, then the next I want to be going to a beach in upstate New York circa 1992, and then next I want to teach grade school in Wisconsin but be the hot teacher that all of the sixth graders talk about at slumber parties.