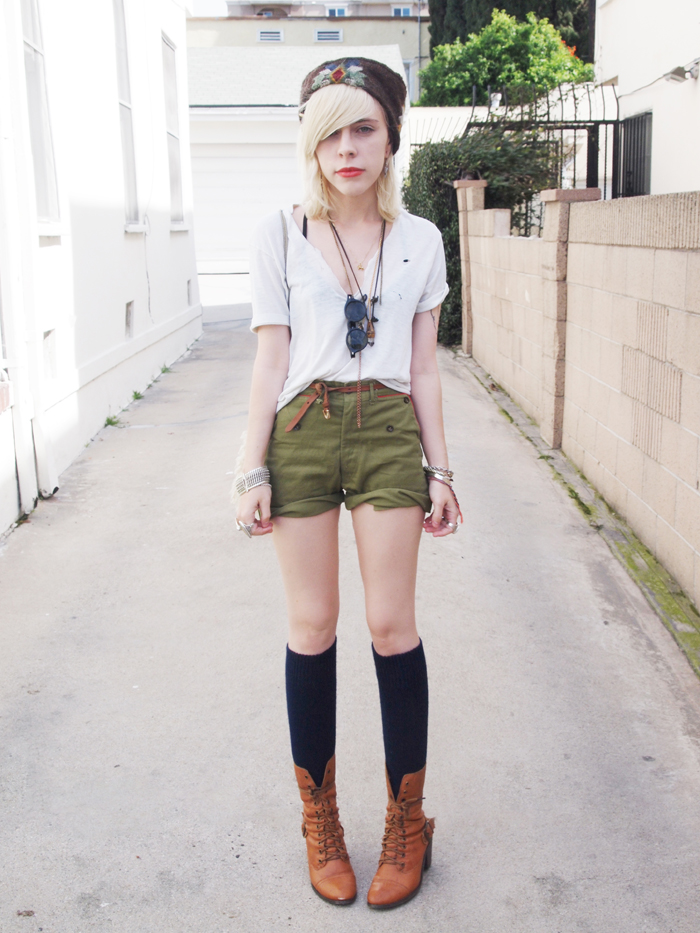 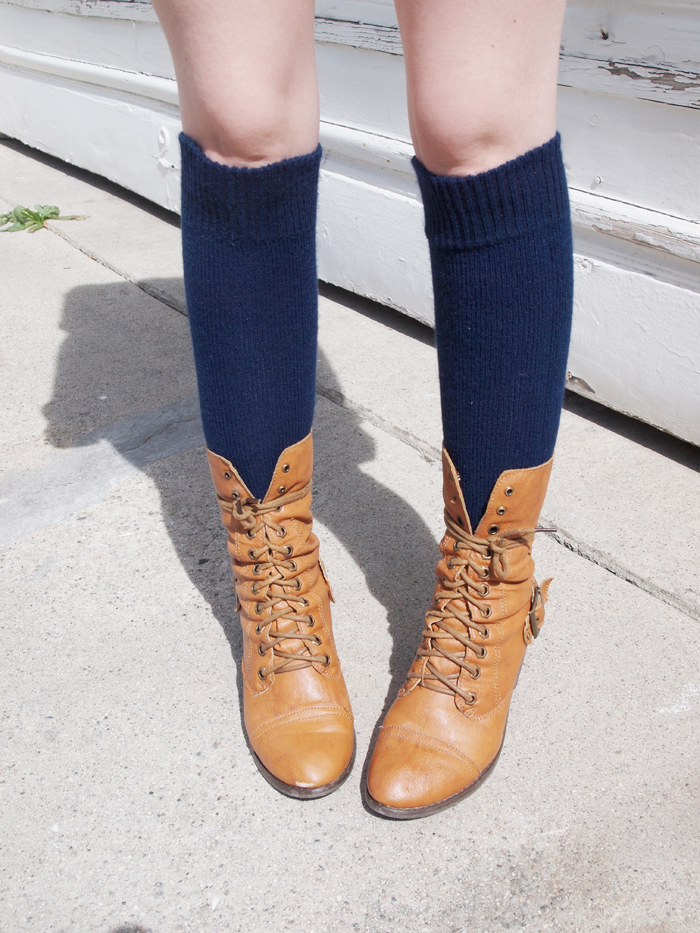 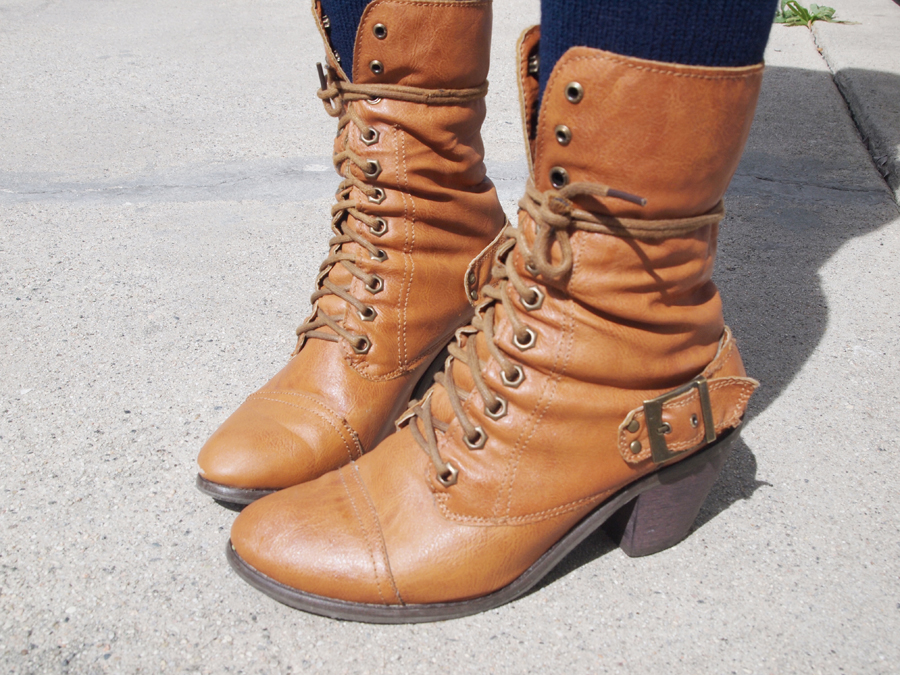 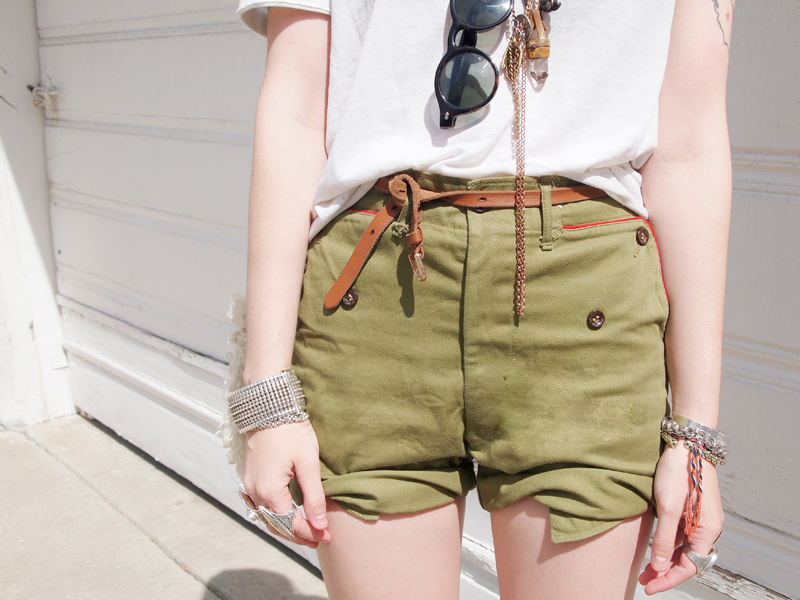 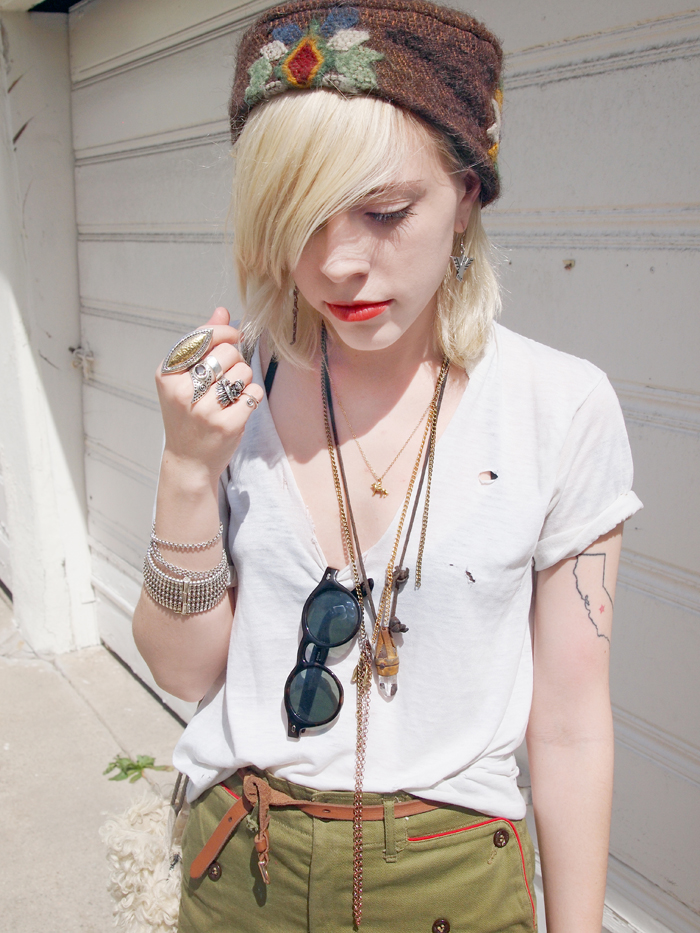 It's all vintage, except for the boots, which I got for $30 in Santee Alley, and the jewelry, which is Konstantino and totally random flea market finds.
I thought that this look was very post-apocalyptic-frontier-girlscout-still-on-a-mission-to-deliver-her-cookies.  It's something about the combination of the shorts and the hat. The hat is a hand-me-down from my mother. The shorts were originally pants, picked up at the Jetrag $1 sale. I love the military button pocket detail and the red contrast piping. I picked up these super-crazy-soft knee-highs from Lemon Frog Vintage. It's an adorable store packed full of good finds. The store is divided in thirds, with the front section under $50, the second section over $50, and the very back for rental and collection. I never have a chance to really explore in as much detail as I'd like, but there is a carpet bag there that I have been eying for quite some time.
Since there is something vaguely WWII-era about this ensemble, I thought it might be a good opportunity to have a little discussion about Coco Chanel. In the light of the recent John Galliano upset, I find it necessary to explore the legacy of Chanel in conjunction with her questionable concept of morality and assumed anti-semitism. It is interesting that someone can become a fashion icon despite many acts of great social opportunism. It is widely known that Coco Chanel was a social scavenger, using her feminine charms to work her way from an orphanage to a position of respect, eventually opening up her first millinery shop. However, I wonder if it is not widely known that during WWII, Coco Chanel was entangled with the Nazi regime, intimately so with Nazi officer Hans Gunther von Dincklage? The two lived together as lovers at the Paris Ritz when the Nazis invaded Paris. The Ritz was a popular place for prominent Nazi officers to live, and von Dincklage arranged for Chanel's accommodations. When the Nazis seized all Jewish-owned businesses and properties, Chanel took the opportunity to claim the right to all income generated by her signature licensed perfumes, the profits of which had previously belonged to Jewish parfumiers the Wertheimers, by arguing that the Jews should not have ownership of the assets...you know, on account of their Jew-iness. She made a large sum of money off of this claim. Later, she was involved in a rather elaborate Nazi spy attempt. When the war ended, Chanel was charged as a Nazi collaborator, a crime for which she avoided penalty because the British Royal family intervened. However, due to her collaborations with the Nazis, Chanel's work had lost all merit with the Parisians, and it was only in America that her designs found success. I can only guess that this is because the Americans, who had previously paid little attention to Chanel, were not readily aware of her dubious political associations. At any rate, I think it's important that people consider this background before praising Coco Chanel and the House of Chanel as laudable icons of contemporary fashion. While Lagerfeld has done wonders to grow the brand, a history so rich in disgusting opportunism really ought not be discarded.
In homage to the anthropological spirit of fashion, I've found a few things that speak to me about western military history, the effects of which have been permanently integrated into contemporary western culture (including fashion). 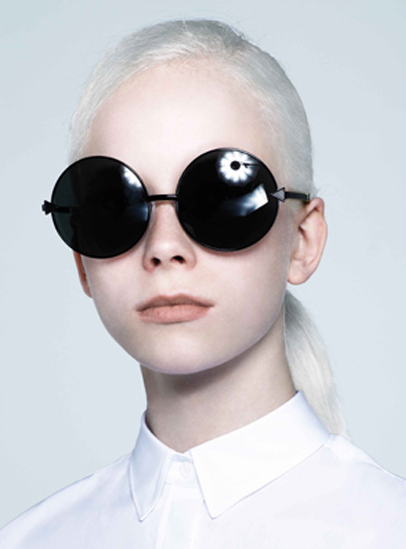 These Karen Walker sunglasses are a rather intense version of the infamous John Lennon sunglasses. These sunglasses seem forever linked to Lennon in my mind, and thus have become an iconic marker of anti-war demonstration and celebrity socio-political influence.

These Proenza Schouler sunglasses are a contemporary twist on the Lennon shades of the past.

This ensemble from the Dear Creatures lookbook has a 1940s glam meets utilitarian aura. This practical apparel mixed with 1940s fashion reminds me of the Rosie the Riveter call for women to step up in the workplace (coveralls and lipstick) while the men were away fighting, a monumental step towards gender equality. Yeah...we're still working on it. 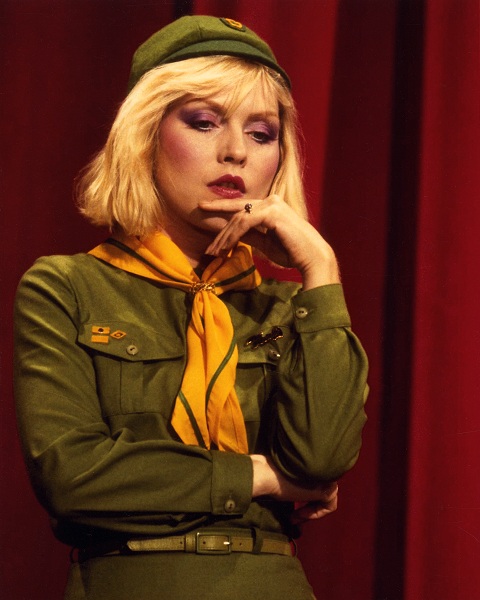 This is just a picture of Debbie Harry dressed up like a girl scout. I think it was for a Sesame Street appearance. She is a mega-babe. I could push for a political connotation, but there really isn't one.
This is the Talking Heads performing Life During Wartime from the Stop Making Sense video -- this is my favorite live recording of all time!