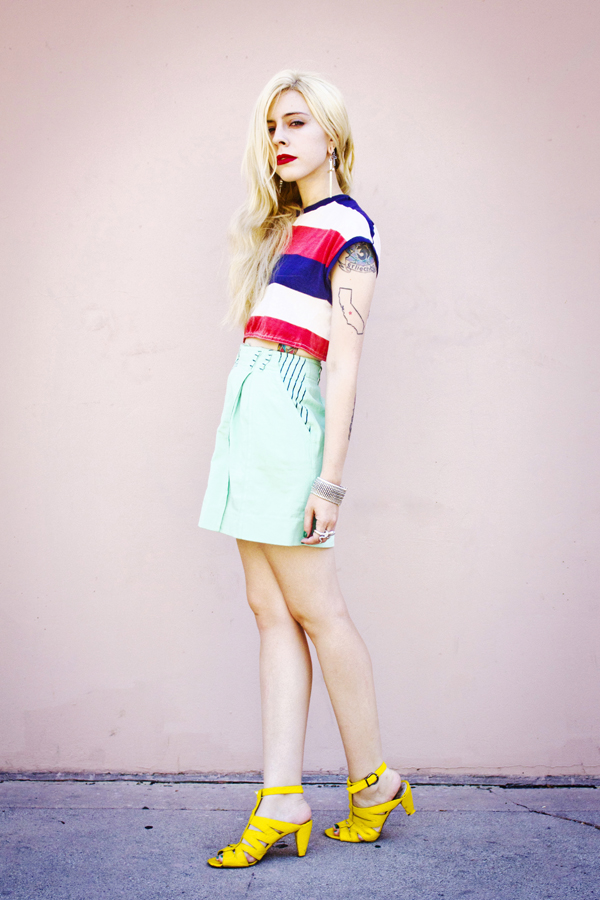 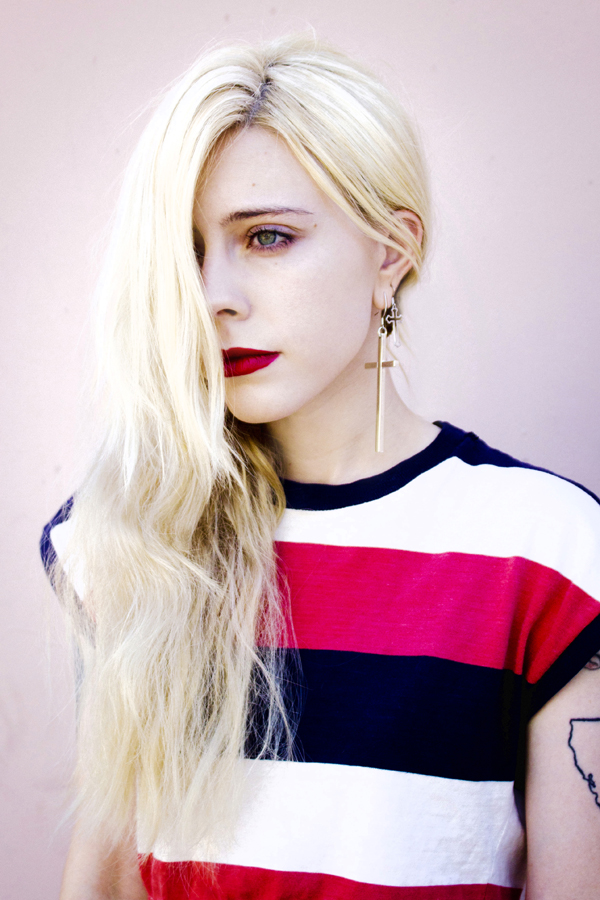 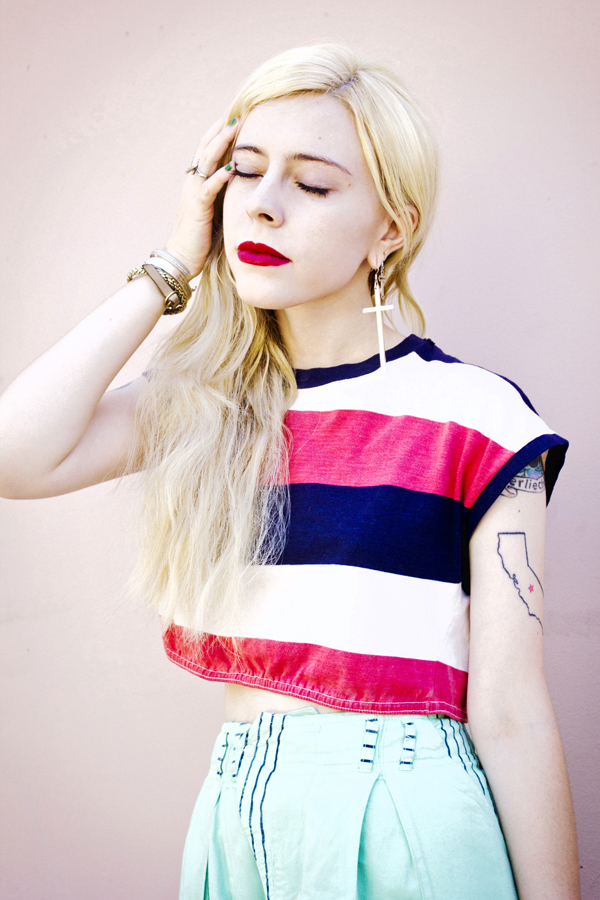 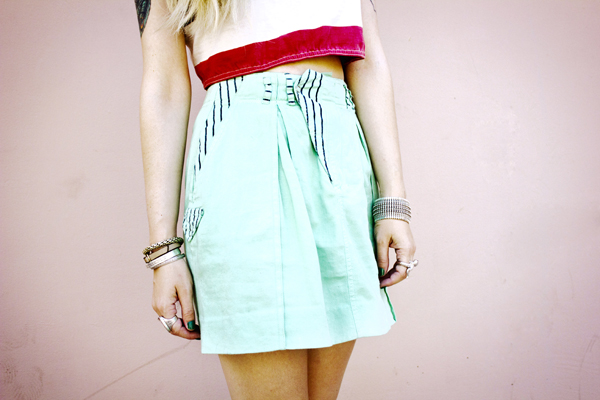 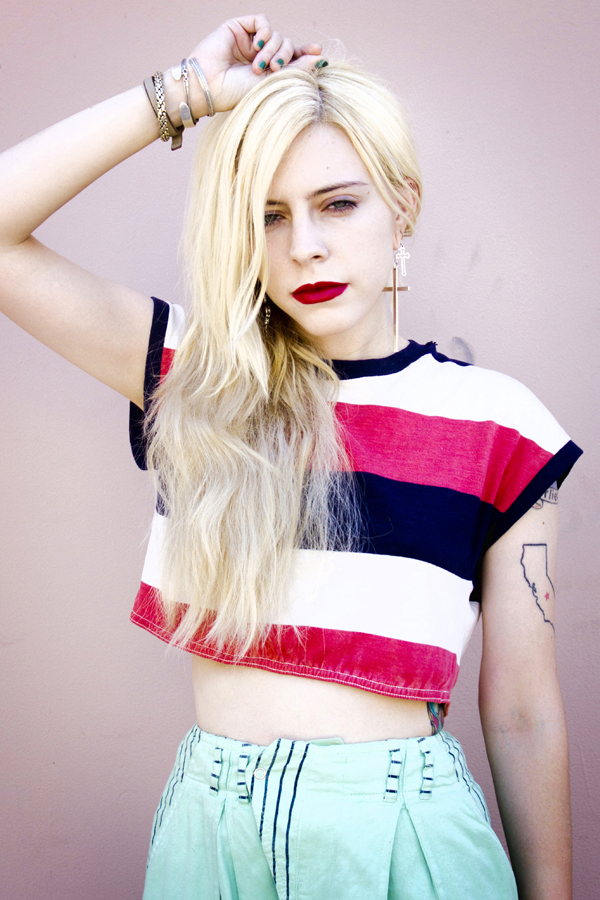 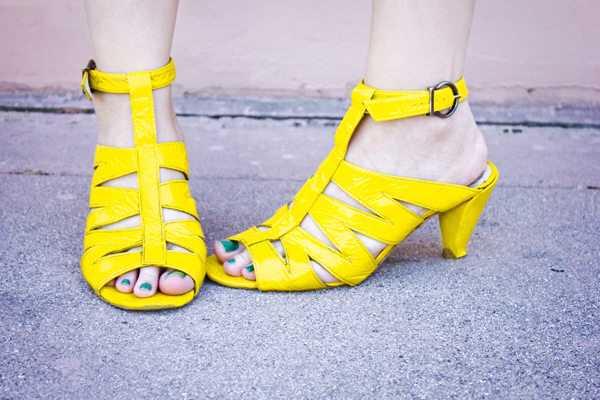 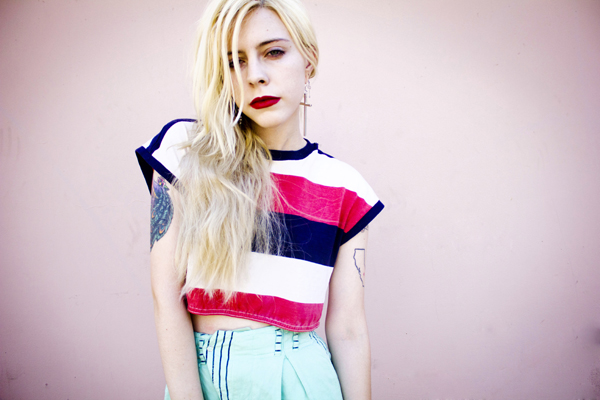 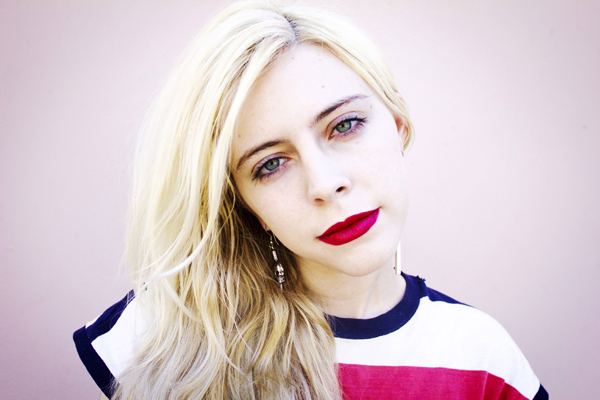 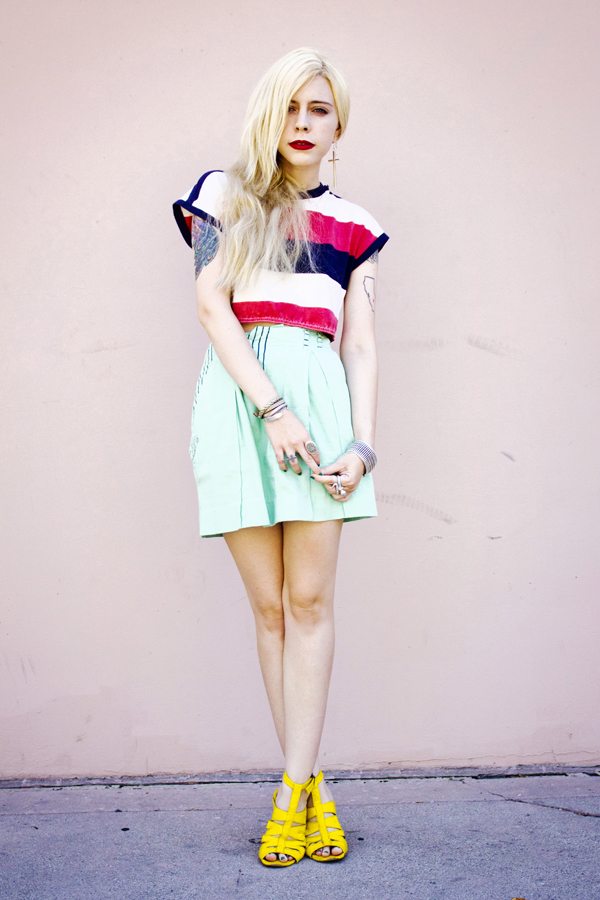 Top - Vintage from Yoshi Now!, Skirt - Vintage from Wasteland, Shoes - American Rag, Jewelry - All around but the big cross earring and most of the rings are from JFR.SE
Howdy! Long time no update, eh? This is my '90s teen sitcom outfit. I'm like Tia, Tamera, Clarissa, Rayanne, Six, and Kimmy Gibbler all rolled into one. I think that if I had been in a '90s teen sitcom, the premise would have been that I was the keytarist in a new wave band that discovered I could communicate with animals. Hijinks and misadventure would surely ensue, all while I tried to get my all-girl band to play at the prom.

I had, like, mega-rad LA photographer overload weekend. Boyfriend and I went to the charming wedding of Jason Lee Parry, where I had the privilege of meeting some fine folks from the high-up at Wasteland online. I was pretty stoked on their online shop opening up, but after meeting those darlings, I am beyond excited. Then, we went to a little get-together at Harper Smith's boyfriend's house. It's a good thing that I could figure out who she was, because I surely would have tackled her in crazed fan-girl mode if I could pick her out of the crowd. Photographers have been on my mind lately, since Brit and I are working on a fun little side-project that has been consuming most of our weekends. That part is mostly a secret!

Fall is upon us, and I am really excited about fall fashion. The most accessible thing about which I have been excited is this Eva Franco dress. 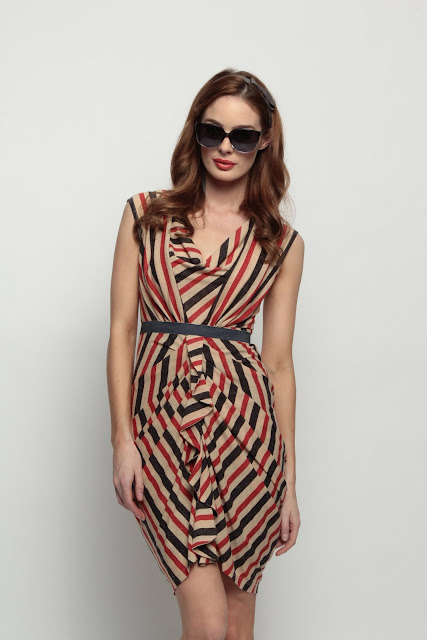 I am just such a fan of Eva Franco as a person, and her designs are simply swell; I want to wear all of her really pretty feminine dresses with black tough-girl boots and a motorcycle jacket. I also really want to figure out how to do my hair so that it is a french braid from the nape of my neck up to the crown on my head, with the tail ends turning into a pompadour. That is something my hairstylist buddy Abraham will have to teach me how to do. Speaking of, Abraham did the hair of my favorite model, Alli!

Abraham just put up a website, so if you are in the LA area and looking for a stylist, you should check him out. His rates are pretty reasonable and he makes house calls. For me, this is a major bonus. It means that he comes over to my house and watches strange '80s movies like Girls Just Wanna Have Fun as he cuts and colors my hair, while I get to work from home with my computer on my lap. Ain't nothin' sweeter than that.
Since this post is already shaping up to be random as heck, I'm going to round it out with some Fall inspiration. I was doing trending today for work, so I was all up on style.com. I don't know how I missed this on my first Fall go-around, but there is orange poppin' up all o'er the place!

Okay, I think that is a sufficient amount of random rambling for one post...