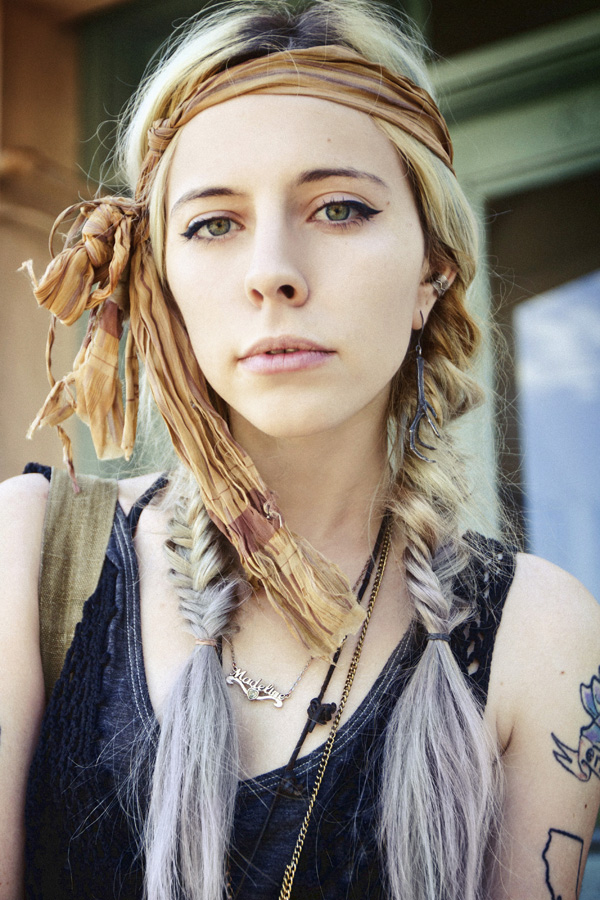 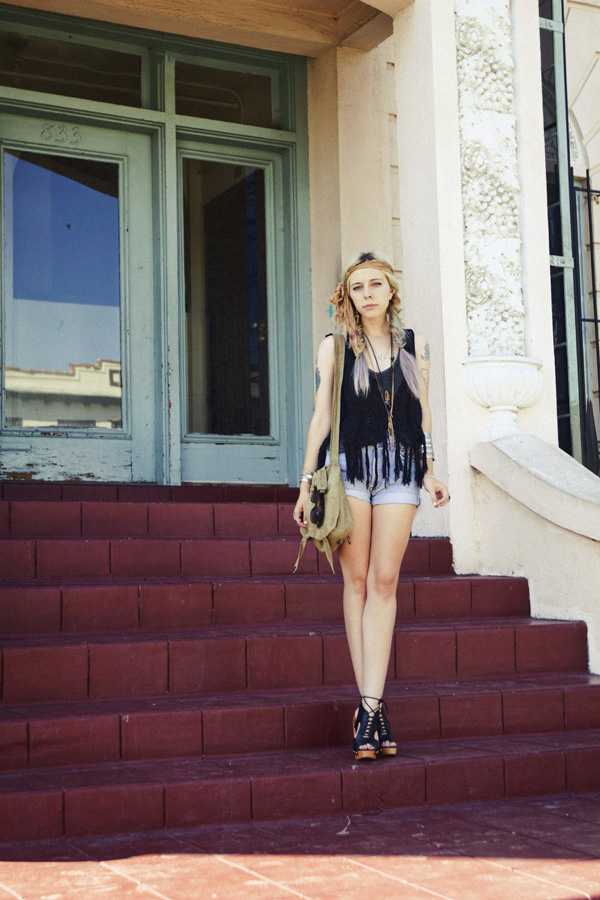 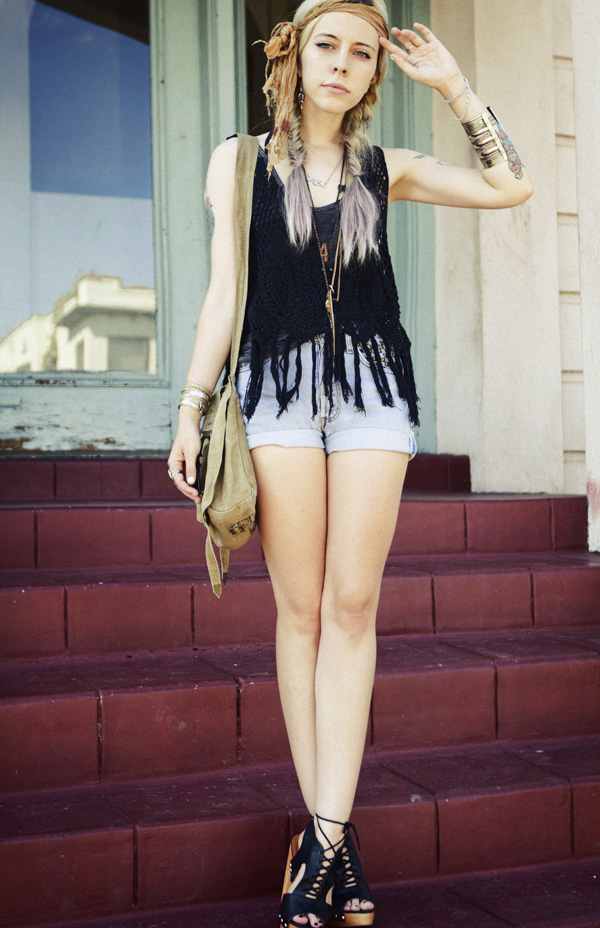 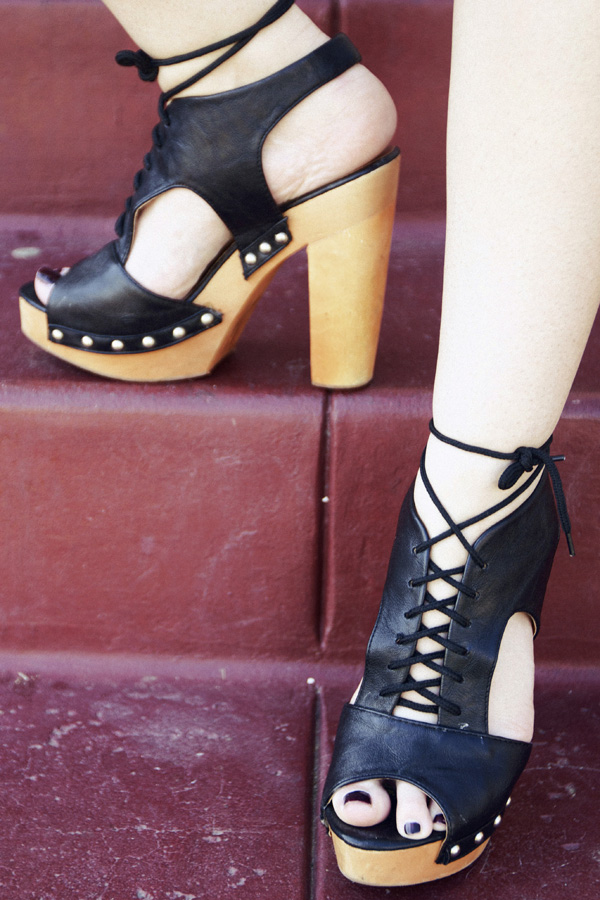 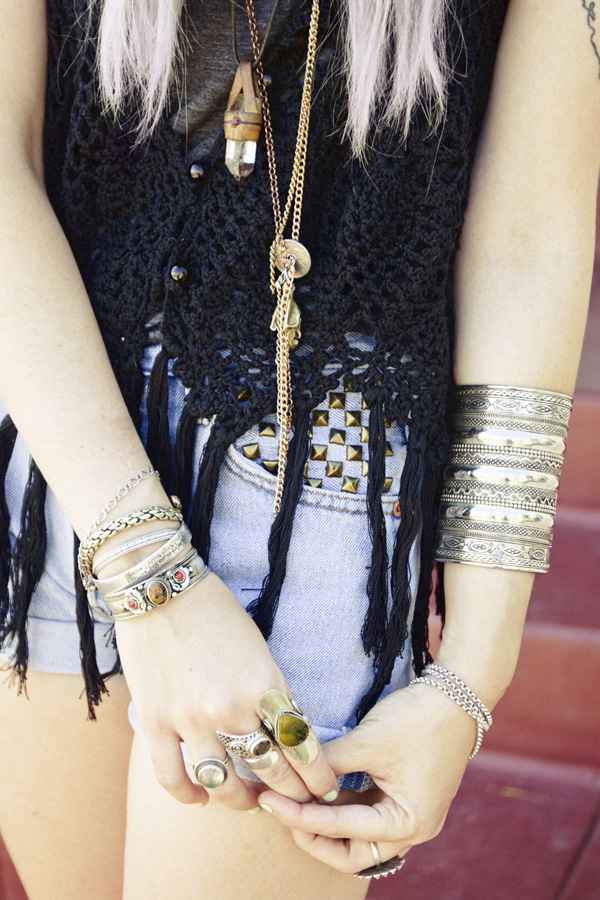 
My boyfriend definitely gave me a hard time for borrowing this scarf. I'm sure you can guess the story...it tends to happen a lot. A couple of years ago, he used to wear this on his head all the time. Evidence: 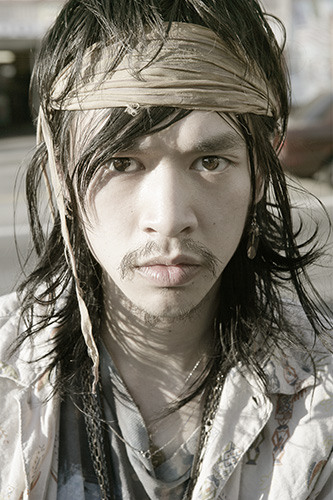 That's the boyfriend forever-and-a-day ago. That picture was taken by Jason Lee Parry, who used to be boyfriend's roommate. So, whenever he would wear this stupid headscarf, I would tease him mercilessly. I thought it was so stupid. Lo and behold, years later, I'm getting dressed in another strange hippie outfit, and what do I see? That stupid scarf, hanging onto the edge of a mirror as a decorative element. "You," I thought. "You stupid scarf are going to be rad with this outfit, and boyfriend is going to love to make fun of me for wearing you."

My good friend Ceilidh took these pictures. You remember seeing her, surely, here and/or here? I thought she looked really good and Pulp Fiction-y, so I took pictures of her, too. Dig those shoes! 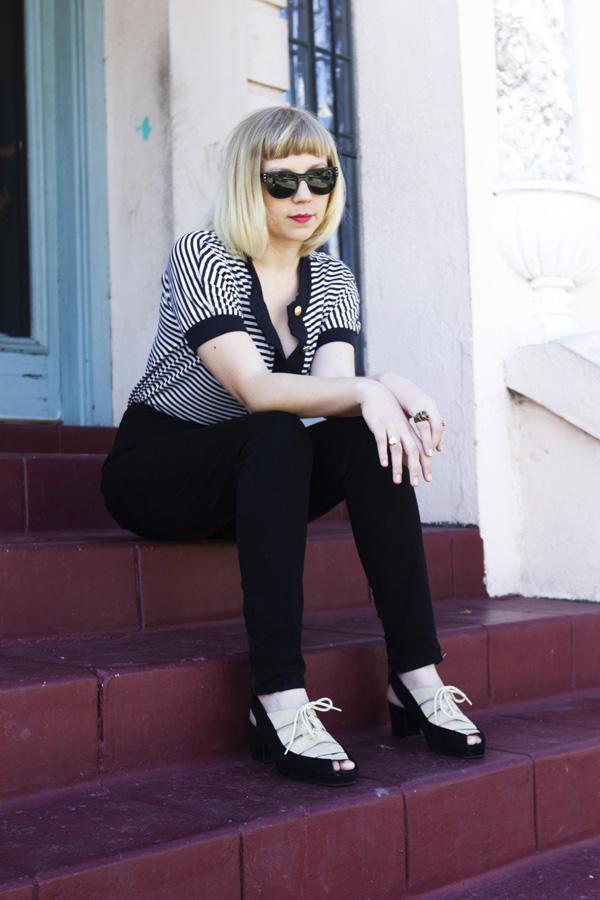 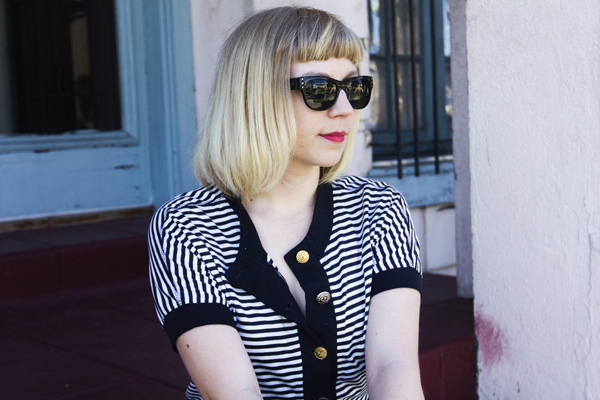 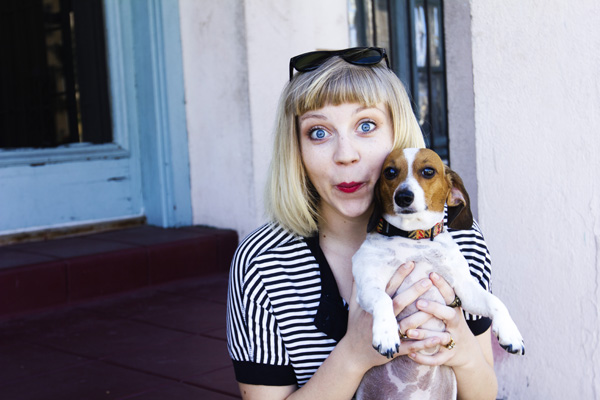 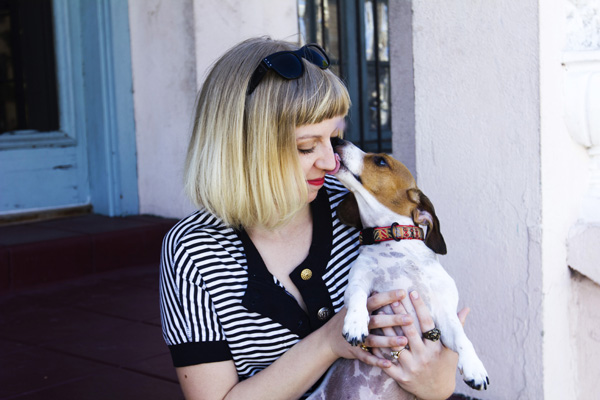 That's her with my dog, Mo-Dog. They are total buddies. Ceilidh and her boyfriend pretty much live the dream. He is in a moderately successful band, The Airborne Toxic Event (named after a chapter in a great DeLillo book). She works merch for the band and they get to travel the world together. Rad, right? They are on tour now until December and I already miss Ceilidh greatly! She is a fellow K-Town dweller.

Okay, okay. I wanted to share with you a couple of shots taken by Sarah Jehan:

I basically just want every floral dress in the world. I want to wear a floral dress and comfortable boots every day of my life. Wait until you see my next post...I'll be wearing a floral dress that is from Tunnel Vision, the upcoming webshop over which Brit and I have been toiling. It is the coolest dress ever. Also, spoiler alert, I took out my extensions after the above photos were taken. I had a horizontal dreadlock from being unable to brush between the extensions and my scalp.

EDIT: I just realized that Chicwish has started doing something new where every week, they rotate different new arrival items to be featured at 10% off. You can see those special sale items here. I don't think I've ever seen someone put new items on sale, but I gotta say, I'm lovin' the idea.

EDIT EDIT: Hung out with Taylor from Things on Hangers today. She is hot and well-dressed and stuff.