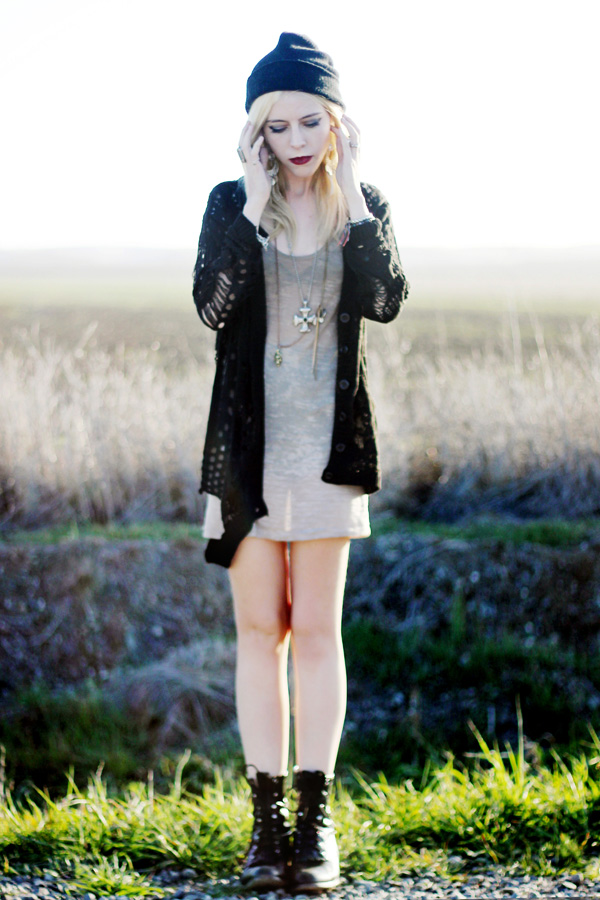 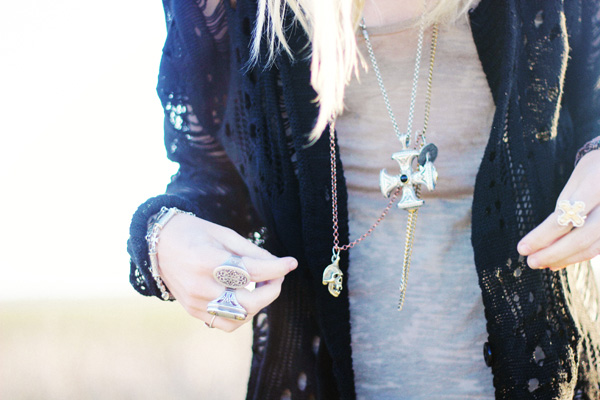 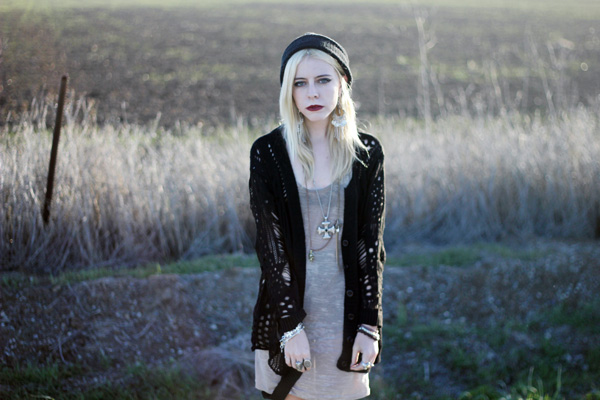 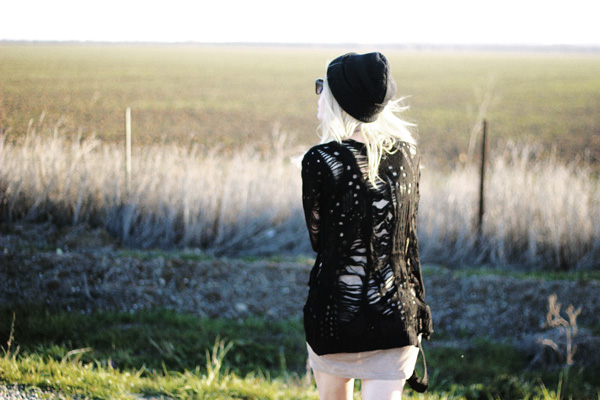 
I'm finally back in California after spending a few days in Portland, Oregon! Portland was rainy and miserable, and I pretty much lived in that Chicwish parka that I love so much. The one thing I have learned about spending time in Portland is that nothing beats a pair of waterproof black boots. These ones are the best for running through puddles.

Brit took these photos on our drive. It's a simple little grunge outfit and was very comfortable for 15 hours spent in a car. I usually dislike contemporary clothing that has been distressed, but this cardigan is so over the top that I quite like it. It feels self-conscious, if that makes sense, as though perhaps it is in on the joke?

With the grunge revival being my go-to trend and all, I thought it would be nice to talk about how music influences fashion. Music is such a binding force in any counter-culture. It embodies sub-groups' political, social, and aesthetic values, and becomes a key factor in identifying "kindred spirits" out in the world. I've put together a list of the top 5 albums that have influenced me from each decade (each links to my favorite song from that album on Youtube), complete with a look that is inspired by each.

When most people think about 1950s counter cultures, the beatniks come to mind. However, Teddy Boy fashion is much more favorable to me. I love the combination of Edwardian and classic Americana influences.

The 1960s were a versatile period capturing the mod look, as well as bohemian overtones that would emerge into the bohemian movement. Bold shift dresses worn with chandelier earrings, Twiggy eye makeup, and Beatles-esque boots make a great party look -- even better if the dress is vintage.

The 1970s were by far my favorite period for music. From psychedelic rock to punk and the start of post punk, everything good had a role in that decade. I love the glam quality of 1970s fashion with mixed textures and prints.

The 1980s were more of a transition period than anything else. The post-punks were the ones with the best style: simple beat-up jeans and a band tee every day, hair bleach optional.

We've seen so much about '90s fashion lately that I hardly feel obligated to comment. However, I do recommend checking out the '90s Drew Barrymore Tumblr if you have not already.

Reminder: you have until the first to enter the Line & Dot giveaway here!