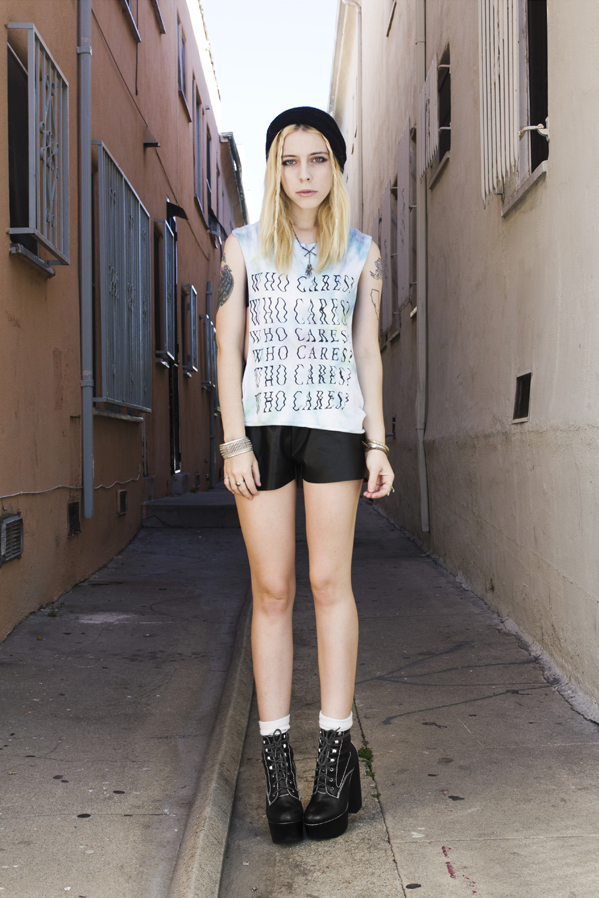 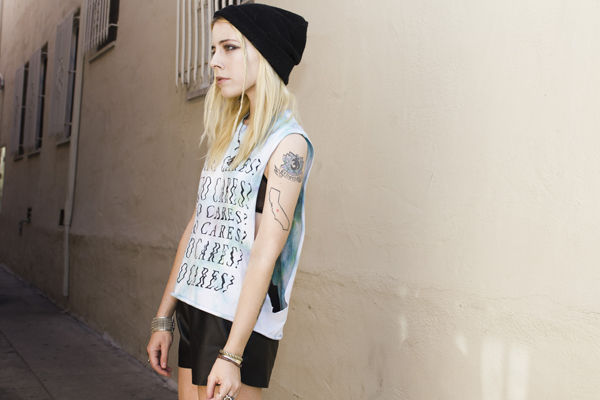 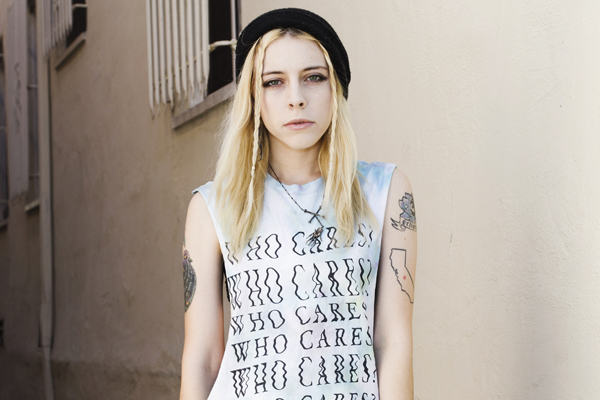 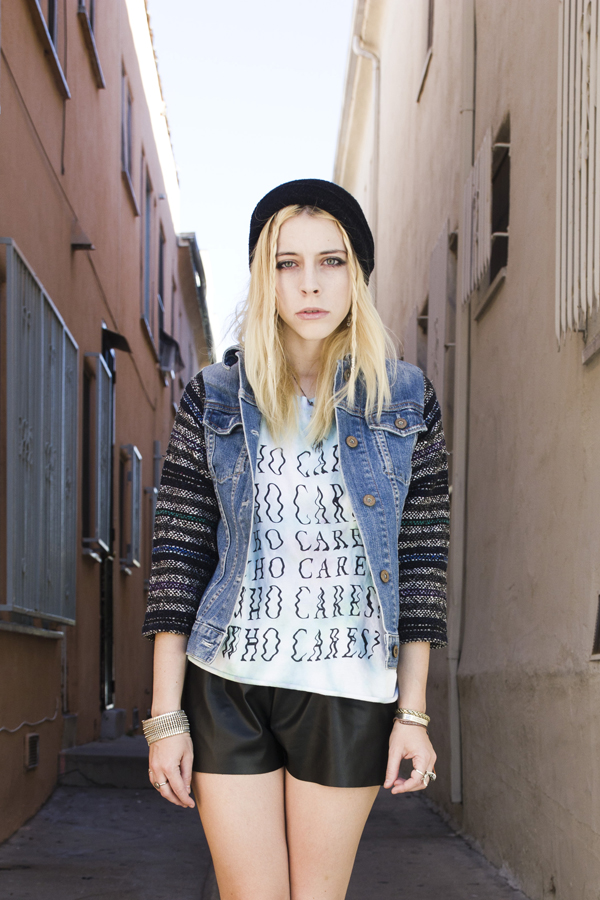 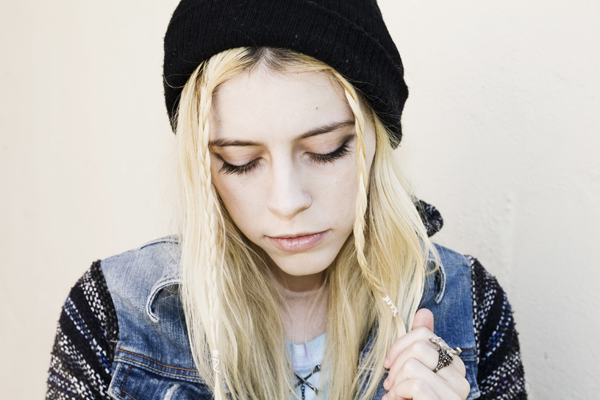 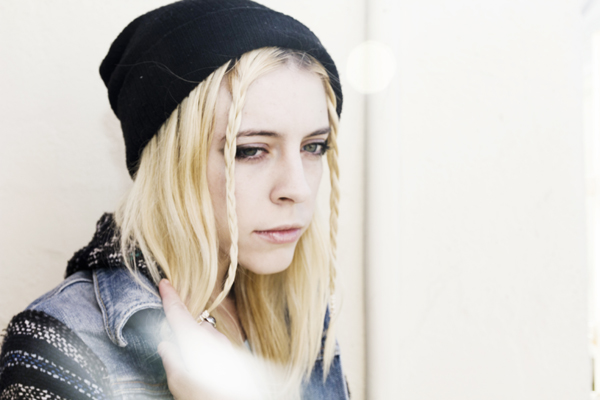 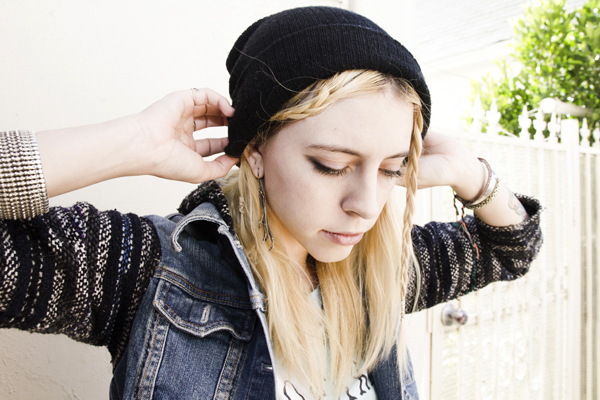 When I lived in San Francisco, I had a totally awesome boyfriend named Brian. He is freaking rad. However, we eventually realized that we were really just supposed to be friends, so we split up, but did not split ways. Now, Brian is one of my best friends and favorite people on the planet. Dude is awesome. He is in two really awesome bands (Punch and Loma Prieta), and he takes pictures and makes art, and he makes books, and he designs t-shirts for bands and for huge companies like Banana Republic and Nike, and he models, and he runs an online merch store for hardcore bands, and (as if all of that weren't enough) he runs his own t-shirt line called Human Dust.

WHEW. So, when Brian showed me the designs he was working on for Human Dust, I flipped out over this Who Cares? tee. I love that it looks like the Nirvana cover for Nevermind. I forced him to send me one, then I cut it into pieces and tie-dyed it (and now he is probably regretting even sending it to me -- too late, sucka!) and now it is my favorite shirt ever. EVER. So if you have $25 to spare and want a rad tee shirt, I recommend taking a look at his store.

Okay, I'm done trying to force you to look at my friends doing cool stuff. Sorry...

In other news, this jacket is modified vintage from Virgo, a semi-legendary store in downtown LA that is run by two rad ladies who do amazing vintage mods. This jacket is a combo of a denim jacket and a baja hoodie, and I freaking love it. They also do cool stuff like combine bleach-splattered denim jackets with leather motorcycle jackets. If you're ever in LA, it's a must-see store, and it's conveniently near Santee Alley (holla).