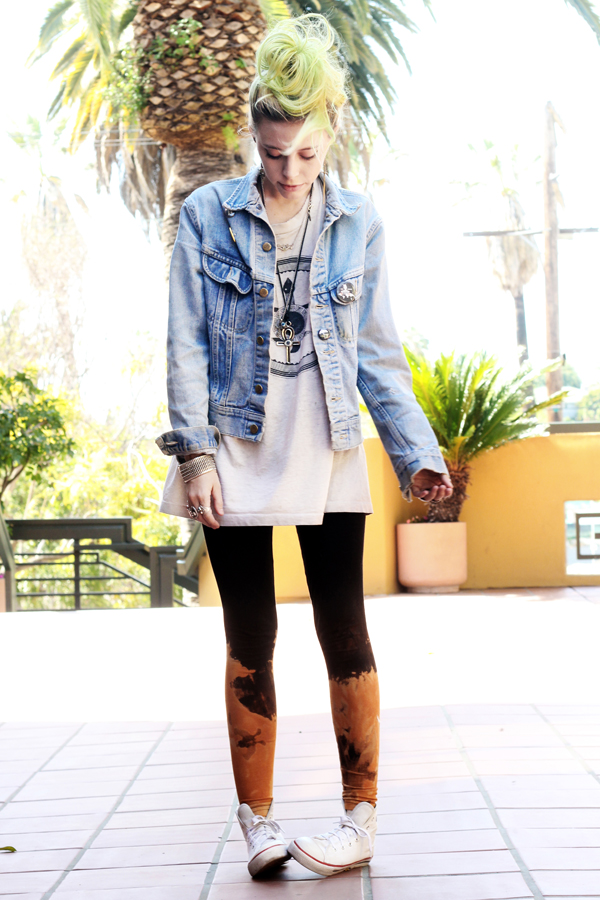 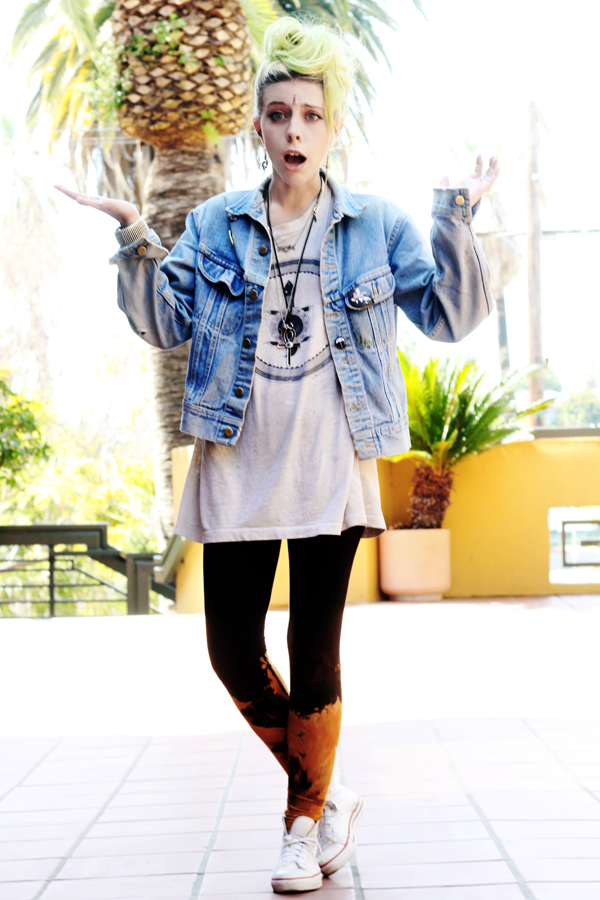 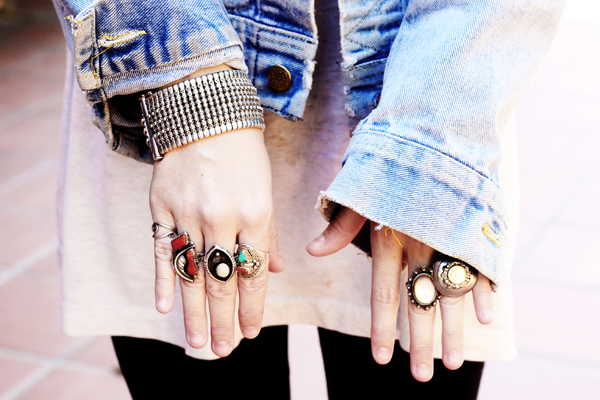 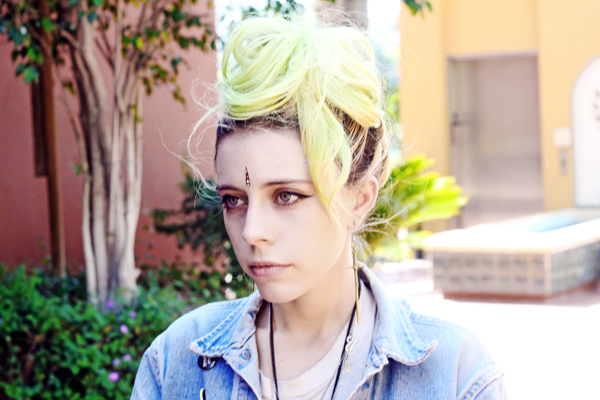 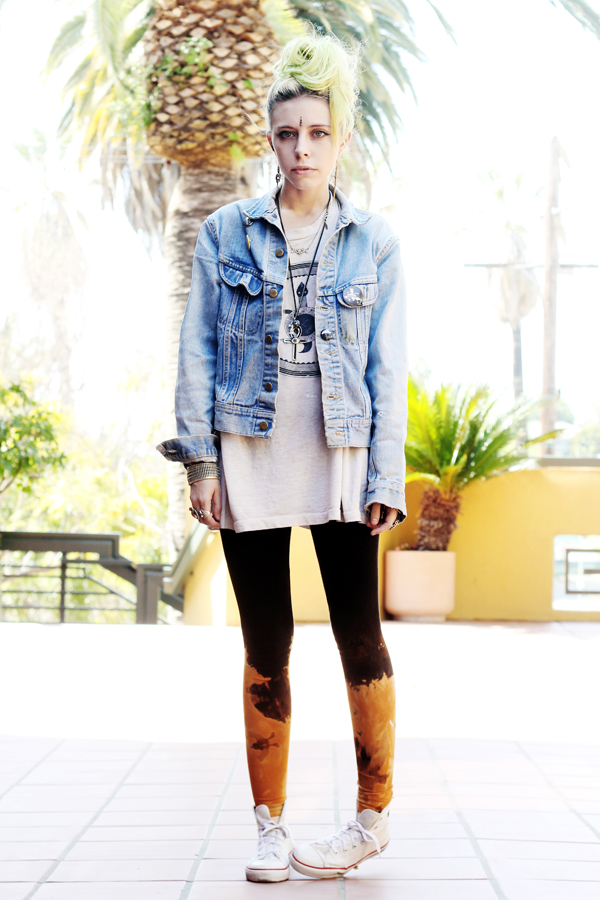 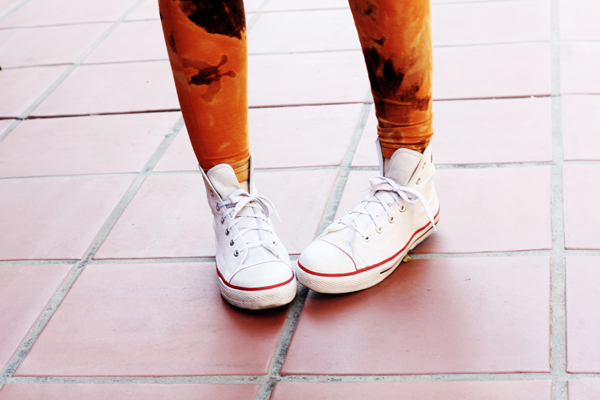 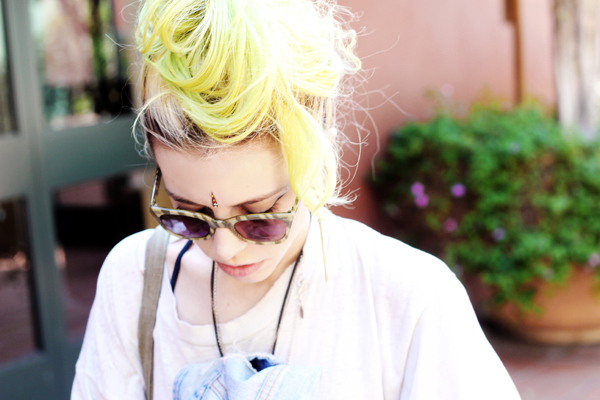 
Yup, I think this is the first time I've ever worn tennis shoes on my blog. I don't often wear tennis shoes, but on this particular day, Brit and I were working in the new Tunnel Vision studio all day, and I needed to be highly mobile...and agile...like a panther. Yeah, a tennis shoe panther...

So, on that particular day, I built a desk. To be more specific, I built this desk:

It's a little wonky, but it's the first thing I've ever built, and I'm quite proud of it. In fact, I'm rather irrationally proud of it. I finished and proclaimed that I was now qualified to build all sorts of things. "What do you want?" I asked Brit. "You want a house? I'll build you a house. A SUMMER house...on some LAND." To this, Brit replied, "It looks good! Umm...are the legs supposed to be...you know, crooked...like that?"

Yes. I designed it that way. That is a design element. It's the new avant-garde. I am a carpentry genius.

Hey, did you guys read that awesome thing Ashley Judd said in response to women being judged by their appearances and how deeply patriarchy runs? I thought it was very good! Key quotes I liked include:

"[Women] are described and detailed, our faces and bodies analyzed and picked apart, our worth ascertained and ascribed based on the reduction of personhood to simple physical objectification. Our voices, our personhood, our potential, and our accomplishments are regularly minimized and muted."

"Patriarchy is not men. Patriarchy is a system in which both women and men participate. It privileges, inter alia, the interests of boys and men over the bodily integrity, autonomy, and dignity of girls and women. It is subtle, insidious, and never more dangerous than when women passionately deny that they themselves are engaging in it. This abnormal obsession with women’s faces and bodies has become so normal that we (I include myself at times—I absolutely fall for it still) have internalized patriarchy almost seamlessly. We are unable at times to identify ourselves as our own denigrating abusers, or as abusing other girls and women."

"Our bodies are a source of speculation, ridicule, and invalidation, as if they belong to others."

I try to only talk about fashion-y things here, but I do think that critique of our physical appearances is deeply tied to fashion. I have always said that fashion is the only element of aesthetics that is valid. It is the act of women taking agency over their appearances, and it is, quite frankly, the only thing about our appearances that should matter. Those of you who follow me on Tumblr or Formspring have probably seen me awkwardly eschew compliments about my physical appearance. I have even been lambasted for doing so. However, becoming involved in internet culture has shown me firsthand the obscene value young women place on this strange idea of physical "beauty". I see these internet micro-celebrities lauded for their good looks, with other girls doting over them and wondering aloud, "Why can't I look like that?!" I see girls actively promoting thinspo and proudly discussing their eating disorders. I see all of this, and I think, "NO." I refuse to be a part of that system. The trouble is, I don't quite know how to effectively reject it. I have tried rejecting comments about my physical appearance altogether (the good and the bad), but I'm not sure that is effective...it just comes across as strange. Maybe we shouldn't reject compliments about our beauty -- maybe we should instead promote the idea that everyone is beautiful. Is that even possible? I simply don't know.

What I do know is this: we, as girls and women, need to learn how to judge each other beyond our physical appearances. That's the first step to establishing that women are more than how pretty our faces are. I don't know about you, but I would rather my daughter be brilliant, funny, strong, tough, insightful, artistic, inquisitive, introspective, honest, hardworking, enthusiastic, and joyful than pretty. We can't expect to overcome sexism if we are actively participating in it by perpetuating this bizarre and narrow standard of "beauty" and placing undue emphasis upon it.

What do you think? What small steps can we take in our day to day lives to break the influence patriarchy has on how we feel about our appearances?