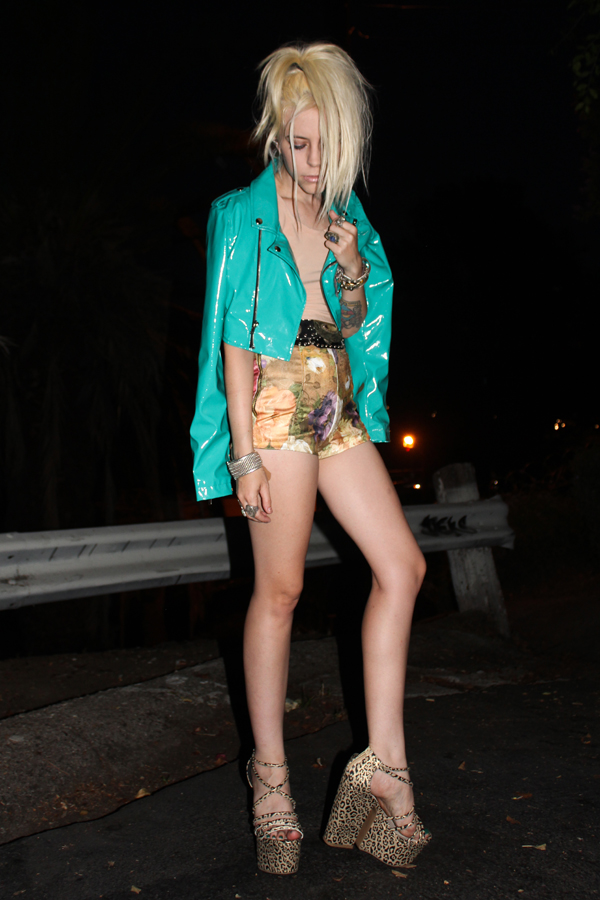 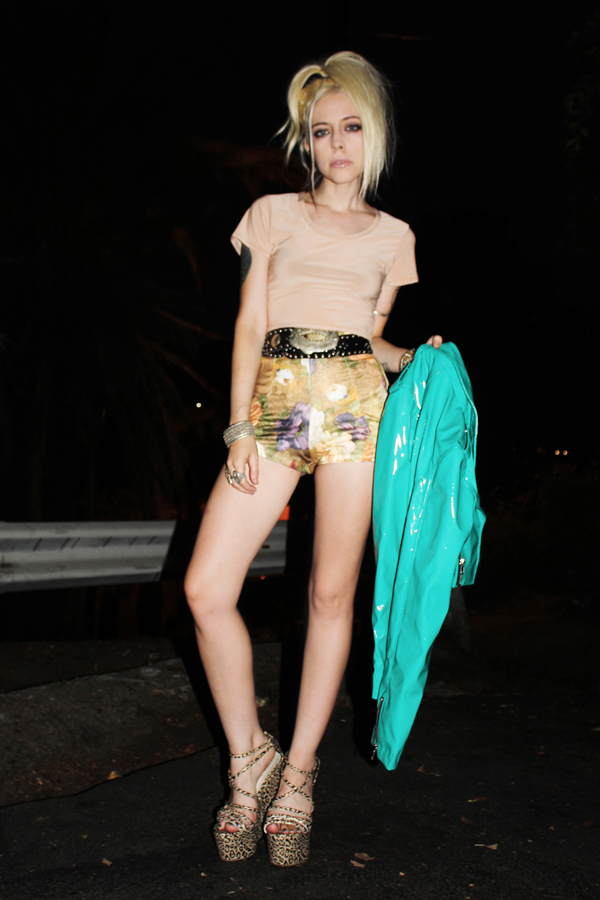 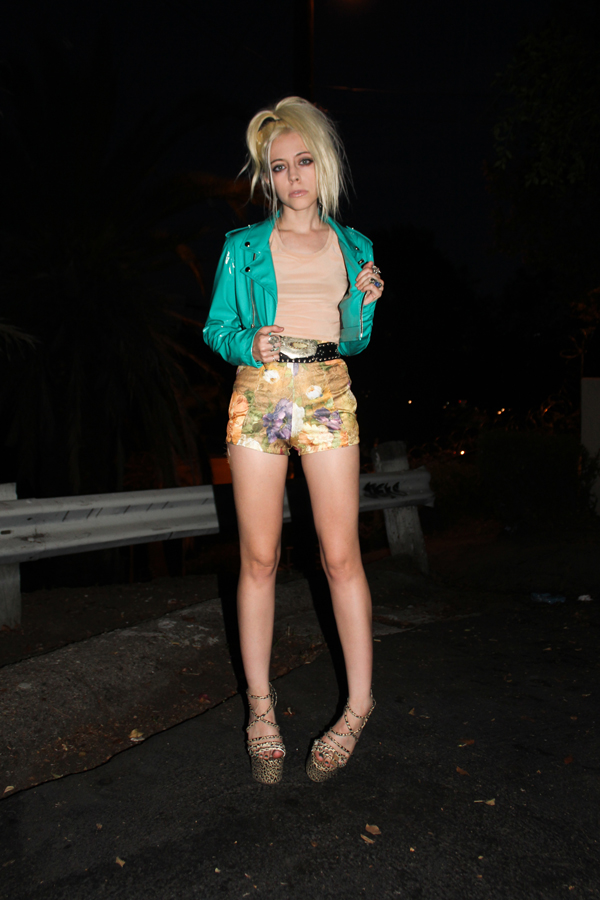 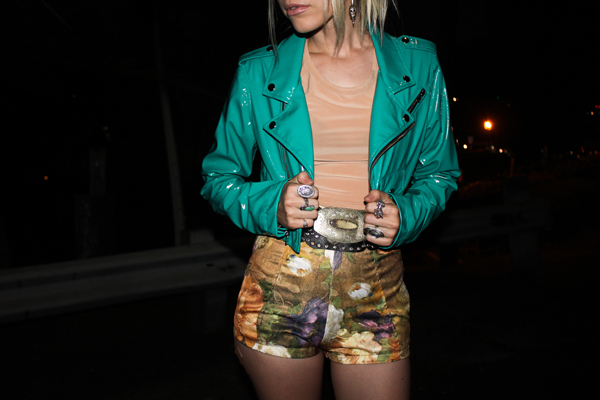 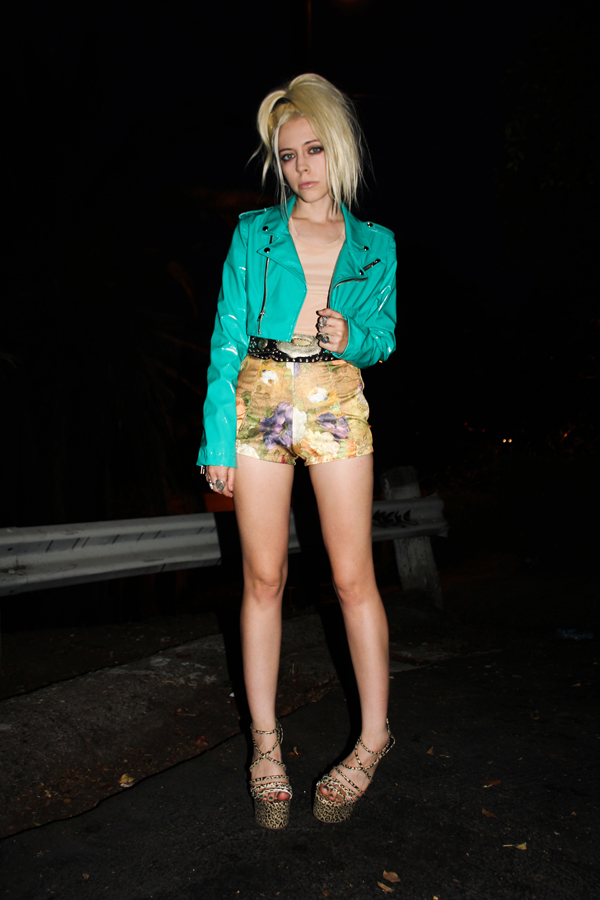 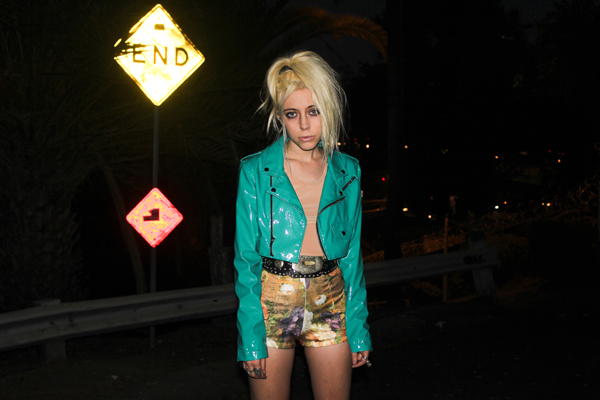 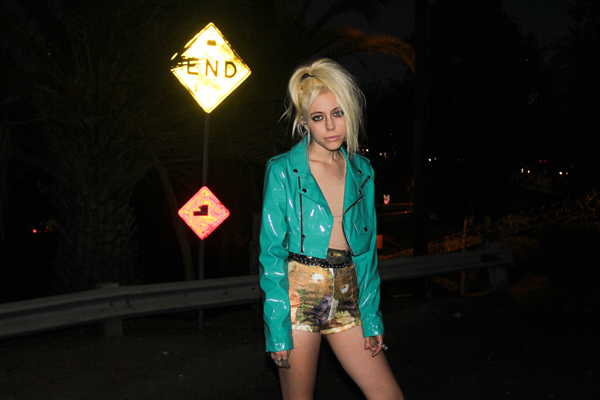 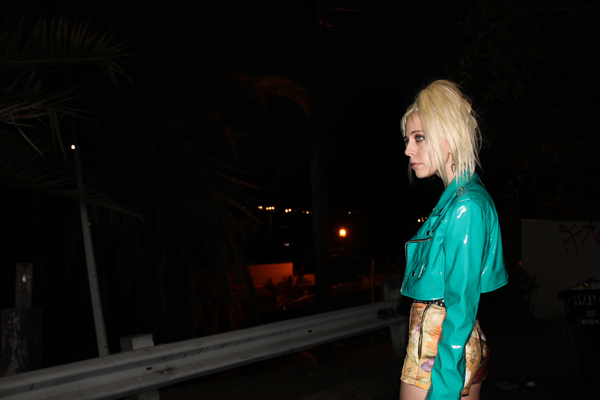 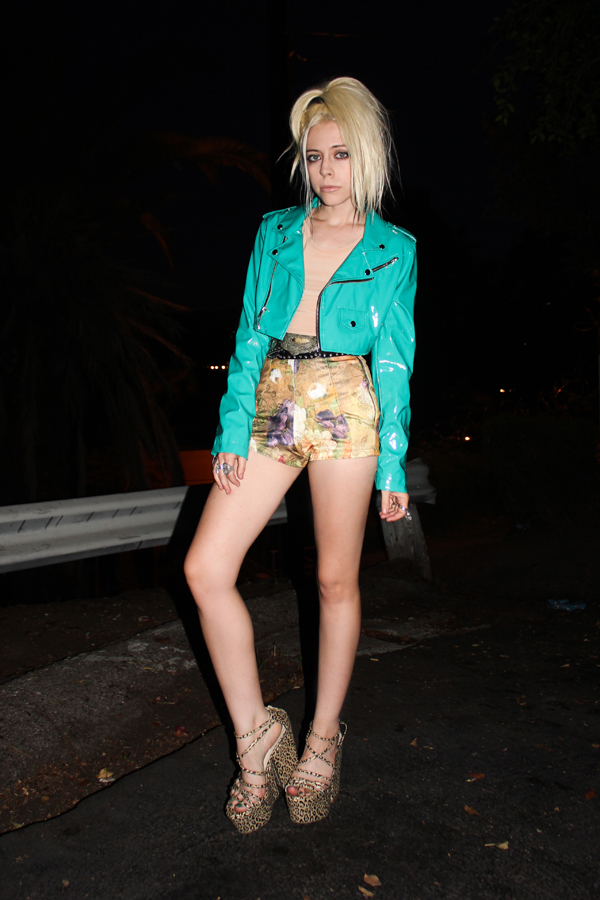 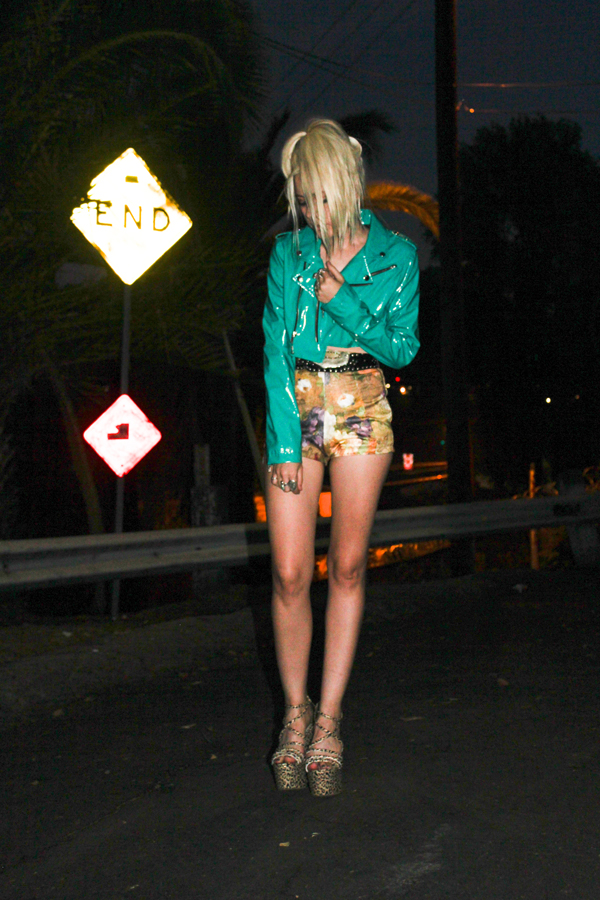 When I lived in San Francisco, I rode my bike everywhere. It's pretty much impossible to have a car there, so bicycles are the modus transportation for all of the locals. You can't exactly dress like a circus stripper when you're riding a bicycle around town, so I stuck to jeans and tennis shoes on the daily. I know! It's so hard to imagine, right?! While it was a bit creatively stifling, it was all for the greater good. Still, I was picky about my jeans, especially because I was basically living in them and all. I'd rummage the racks at American Rag and Villains Vault looking for something just a bit special, something different than your average denim. Every time something unique struck my fancy, I'd pull it from the rack only to find the same label: Kill City. I left San Francisco with about six pairs of Kill City jeans in brightly colored reverse acid washes, worn to the bone in the places where my ass rubbed against my bike seat.

When I moved to Los Angeles, I stopped riding my bike around and stopped buying jeans altogether. However, the name Kill City kept creeping into conversation. Someone's girlfriend was an intern there. Someone else managed the retail store on Melrose. Each time I heard someone mention Kill City, I'd blurt out "I LOVE KILL CITY" with an over-the-top and, quite frankly, uncomfortable amount of enthusiasm.

Cut to a year later, when our obscenely talented friend Kali Kennedy is doing makeup for a Tunnel Vision lookbook shoot. While Kali applies kick-ass makeup to our model and buddy Sea, she is casually throwing out concepts for photoshoots, and each one is more brilliant than the last. I soon start to realize that while Kali loves doing makeup, it is not her only talent. Kali would be a kick-ass creative director. Well, it turns out that Drew, the dope-as-fuck owner of Kill City, picks up on her many talents, too, because soon enough, Kali is directing photoshoots for Kill City. She tells me this, and what do I do? I blurt out "I LOVE KILL CITY" with unbridled excitement.

So, Kali starts planning shoots for Kill City, and whom does she invite to style them? Well, the one and only mega brilliant babe and my BFF Brit, of course! Brit invites me along to help with one of their shoots out in the desert, and a lot of the Kill City crew comes along. I basically wanted to lick every item of clothing we saw, and I was thrilled to discover that Kill City is a helluva lot more than jeans. I mean, yeah, there's still a lot of really cool denim, but there's other stuff, too...like holographic shorts and screen-printed tank dresses and harnesses and stuff. I was stoked to meet their new(ish) women's designer, who basically reads my mind with all of her emphasis on wash and texture, and even more stoked to meet Drew, the owner of Kill City. Honestly, meeting Drew kinda sealed the deal for me on the "this is a fucking cool company" standpoint. He's got waist-length hair with shaved spots on the sides and was wearing old dirty boots that he duct-taped together where the seams split. I kinda hovered around him like a strange worker bee. "Tell me things about your life, Drew," went my creepy-as-shit internal monologue. "I want to know all the things." Don't judge me. He's interesting...but reserved, which just makes me want to know even more. Well, as the shoot progresses over the weekend, I learn that not only does Drew own Kill City, but he also owns Lip Service! The 15-year-old Madeline inside fan-girled out HARD. Lip Service?! Seriously? Every pair of bondage pants worth owning came from Lip Service when I was a teenager. They were, like, the weird kid clothing label of my dreams. Then, he starts talking about all of these fucking amazing ideas to bring authenticity into the brand, and about starting things in the '80s. At this point, my brain is just kinda turned to mush and I'm like, "Drew is fucking rad. Shiiiiiiiit."

Now, Drew is basically the patron saint for my talented and wonderful friends. Kali is killing it with creative direction for some amazing photoshoots. Brit is killing it with ker kick-ass styling. Sea is going to kill it this week when she models for Lip Service. And me? Well, I get to wear some of my favorite Kill City/Lip Service/Cult pieces on my stupid little blog to share with y'all, like this turquoise motorcycle jacket. This is a brand I can really get behind, and that's rare in this day-and-age when everything seems to lack authenticity.

Drew invited one of his old friends out to the desert that weekend to bring some of his motorcycles for the shoot. His friend, a roughed-up dirty tattooed biker, was going through the racks and seemed surprised to find a lot of things he loved. "I'd wear these!" he said with incredulity, pulling out a pair of black waxed jeans. Drew nonchalantly looked up from a magazine he was reading. "Yeah," he said, matter-of-fact-ly. "We make cool shit."