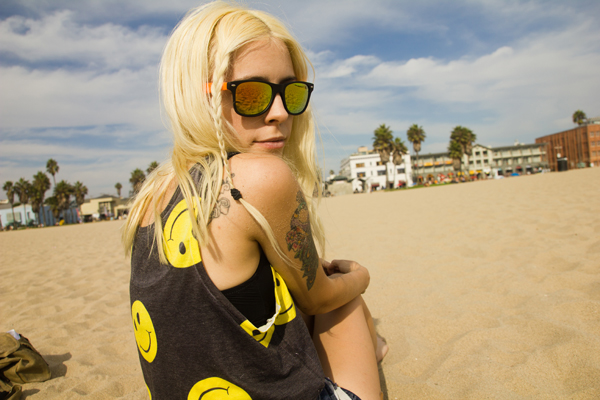 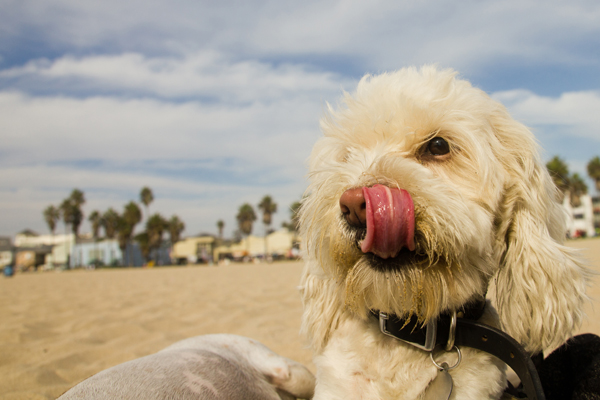 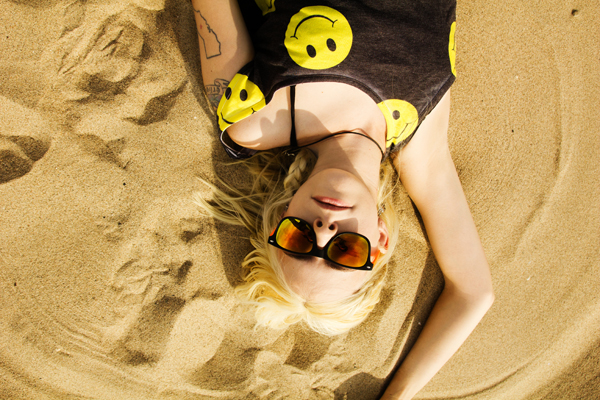 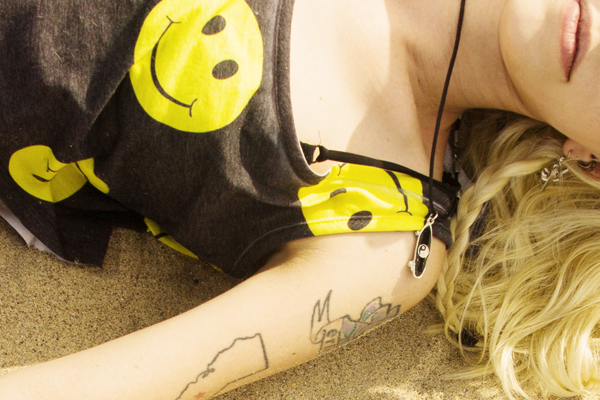 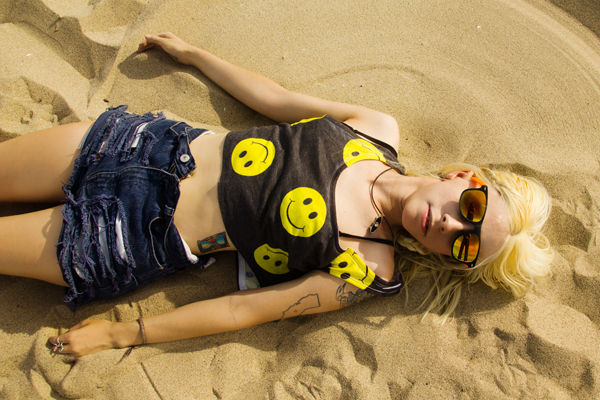 
This was going to be a little post about going to Venice Beach this weekend with my boyfriend and our dogs, but then I checked out the feedback on yesterday's Tunnel Vision mini-vid, and I just had to roll my eyes. Seriously? Someone went out of their way to DISLIKE that video on Youtube? I mean, I don't expect everyone to love everything me and my friends do, but to actively be so unhappy with that video that you go OUT OF YOUR WAY to DISLIKE it to let us know you hate it? Why? What made you that unhappy about a video in which Isabel and I hold up clothing we like?

So, now this is going to be a post about blogging and self-esteem and self-image and negativity.

Since blogging, I have been told the following things about myself:


Those are just the ones I can remember off the top of my head.

This barrage of negativity is concerning not because of how it affects me personally (I have a pretty honest understanding of my strengths and weaknesses, and fortunately these "critiques" are usually so poorly-communicated and so irrationally-constructed that they aren't much of an argument at all), but because of what it says about our culture. We live in a "celebrity" obsessed culture, and while I am by no means a celebrity, I do have an audience, and that makes me open for a more intense public scrutiny.  It seems that our culture is emphatic about hating things that other people love. There's a sense of power in it, a sense of superiority. The more people love something, the more satisfaction we get out of hating it. This satisfaction, this feeling of superiority, drives us to nitpick public icons, looking for reasons to dislike them. The more someone receives positive encouragement from others, the more we feel justified in calling them ugly, in mocking their aesthetics, in chastising their interests. We feed off of the negativity, we let it fester, we pay it forward, and we become wrapped up in superfluous shallow hostility. As a culture, we were more upset with Christina Aguilera's weight gain than we were with Trayvon Martin's murder. We spend more time critiquing celebrities' red carpet looks than our judicial system's practices. And then we all go around being fucking assholes to each other for little or no reason.

I think this comes down to three issues.

1. Many people don't take the time to decide if their opinions are authentic or socially constructed. How many of our opinions of others are not actual opinions, but are instead mainstream culture's garbage shoved down our throats and spewed back out, especially ones about how "fat" or "attractive" a woman is?

2. Many people don't realize that our society has bred us, especially as women, to be competitive. We are trained to assess each other for superficial flaws because patriarchy has dictated that we have to be the "best" in order to be noticed or appreciated by male-dominated society (gross, huh?), and that means we have to be "better" than other women in our society. Then, we are mean to each other, and people are mean to us, and we have trouble adequately developing self-esteem, so we're mean to other people all over again, and we create a cycle of suck. This whole competition thought process is a fallacy, though. Standing next to or seeing on television a woman who is considered smart or fashionable or beautiful doesn't make you any less those things, and furthermore, you don't need to prove yourself to be any of those things. You just work on being the best person you can be, and that's enough. We don't need to feel threatened by each other, and we don't need to be defensive, especially not to the extent that we preemptively lash out at one another in an effort to assert our social dominance about shit that doesn't matter.

3. Many people don't realize which opinions matter and which don't, and subsequently, which opinions are important to share and which aren't. Opinions on issues of aesthetics and art are subjective and often come down to personal taste, and that no one person's personal taste is more important than anyone else's. If you don't think a person is attractive or well-dressed or talented, that doesn't mean they are universally unattractive or poorly-dressed or untalented, and your value assessment of their face or their body or their clothing or their art is not an end-all judgement of universal truth. It is just your opinion, and while it is not any less important than any magazine or person, it is also not any more important than anyone else's. Unless it comes down to morality or social justice, it probably only matters to you, and if it is negative, is most certainly does not need to be shared with the subject of the opinion or in a public forum.

I'm not saying that every critique I have received since blogging comes from these places, certainly. Critiques I have received regarding social justice are valid opinions born from actual assessment, even if I do not agree with them or if they were formed without knowing my backstory. However, I do think the combination of socially-constructed "competition" and a culture that rewards people for being crass in their judgements and vocal in their disapproval leads to a lot of the unnecessary negativity we experience, and leads valid critique that does exist to be delivered in an unproductive and hostile manner.

At a certain point, we need to learn how to determine if our opinions are worth sharing. If they're not, we need to smile, we need to be nice, and we need to walk away without feeling the overwhelming need to voice our "DISLIKE" to one another.