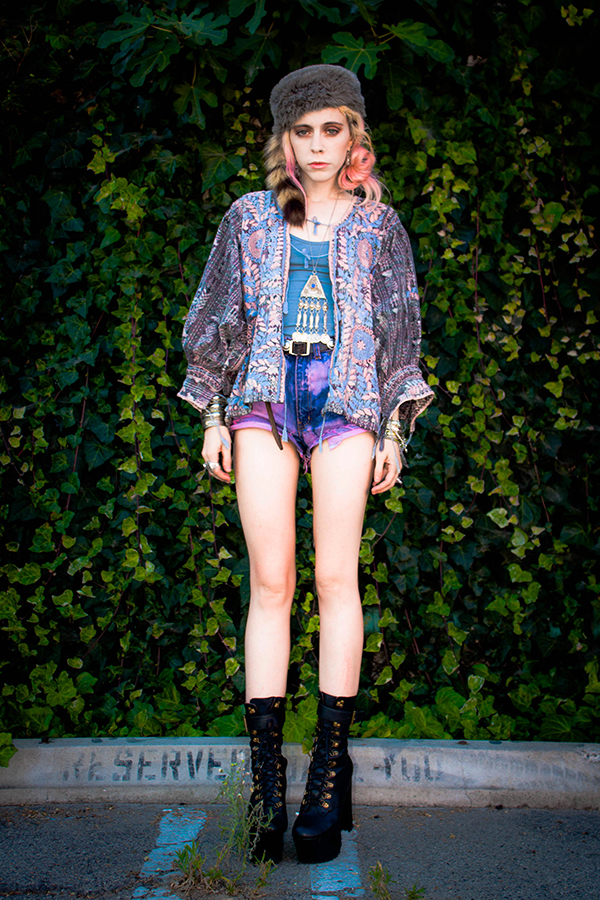 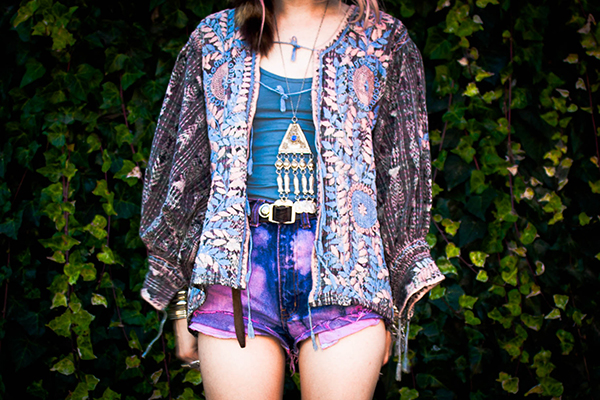 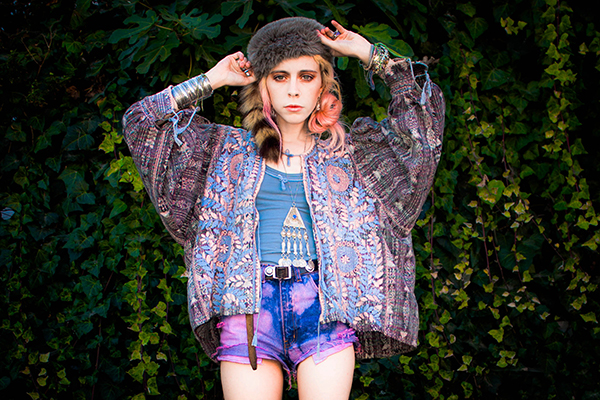 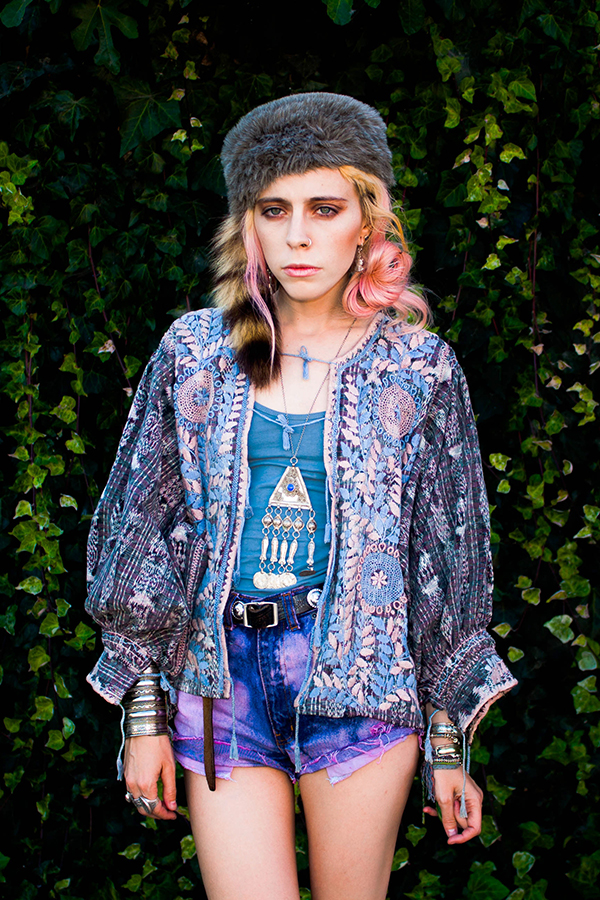 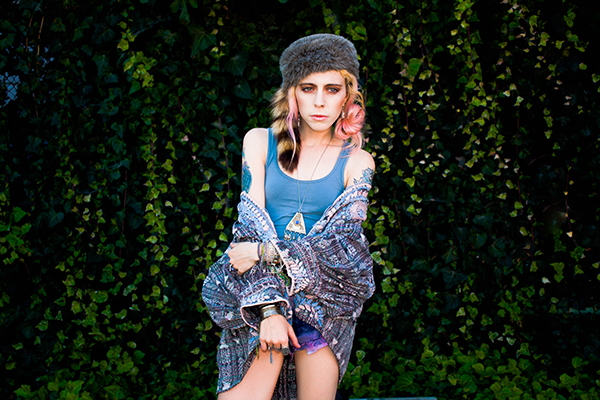 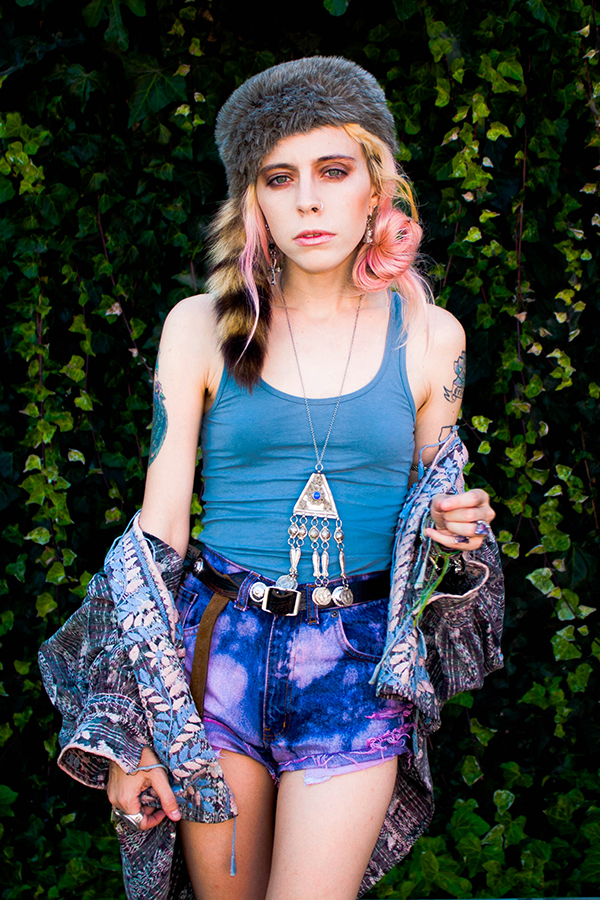 The other day, I was just NOT feeling getting dressed. I woke up like a cranky toddler, all "NO, I DON'T WANNA GET DRESSED NO NO NO" and I instantly grabbed a James Perse tee, Kill City stretch denim jeans, and Palladium boots plus a beanie. I thought, "Man, that would be a GREAT blog piece: Dressing for Depression with Madeline Pendleton" and then it could just be a tribute to the most comfortable yet socially-acceptable clothing available for those days when there hardly seems to be a point to trying. I was still musing this a few hours later whilst browsing Chictopia when I got a message from Cheri Chictopia about their James Perse partnership. SWEET! They're running this special 1/2 off James Perse sale right now and asked if I could wear a James Perse top on my blog to help spread the word about their James Perse collab and Chictopia Rewards on the whole (their program where users can redeem "points" earned by participating on the site in exchange for clothes and stuff). High-fiving the screen.

Now, I should make this clear: not all tee shirts are created equal. I saw some folks o'er on Chictopia all like, "Why are the James Perse shirts so expensive?" and I thought, "Oh, if only there were words to explain..." I tend to grab all of my James Perse tees secondhand at places like Wasteland and Crossroads, but that's because I don't have a lot of extra cash to throw around. Back when I DID have a little extra cash to throw around, pre economy crash, I was buying a new James Perse tee every week from American Rag. I was like an addict, I tell ya. And I kept justifying it because I was like, "Well, I wear them every freakin' day, they're just tee shirts, who needs less tee shirts?" Like, we're talking major first-world consumption cycles here. And it all boiled down to this: James Perse shirts are bizarrely, shockingly, incomparably comfortable. I've never worn an Ugg (no judgements passed if you have), but I imagine that wearing a James Perse shirt is akin to putting your whole torso in an Ugg. Or just wrapping yourself up in baby lambs and yogurt.

So, if you're broke like me, Chictopia Rewards is a great way to get some QUALI-TEE (see what I did there?) stuff. And I just really like the people over at Chictopia -- they are so kind and genuine and community-oriented and supportive and blah blah blah, I could go on.

Reminder: despite the fact that this probably sounds like an ad, no written content on my blog is ever purchased. I'm just actually a freak about clothing and blogging or whatever and really appreciate Chictopia and love what they do. Like, seriously, it's from the heart.