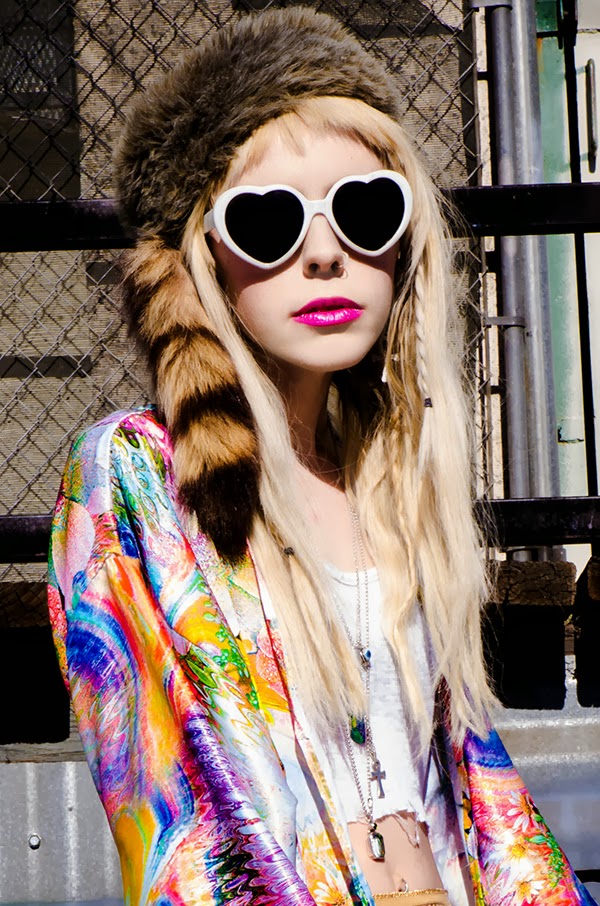 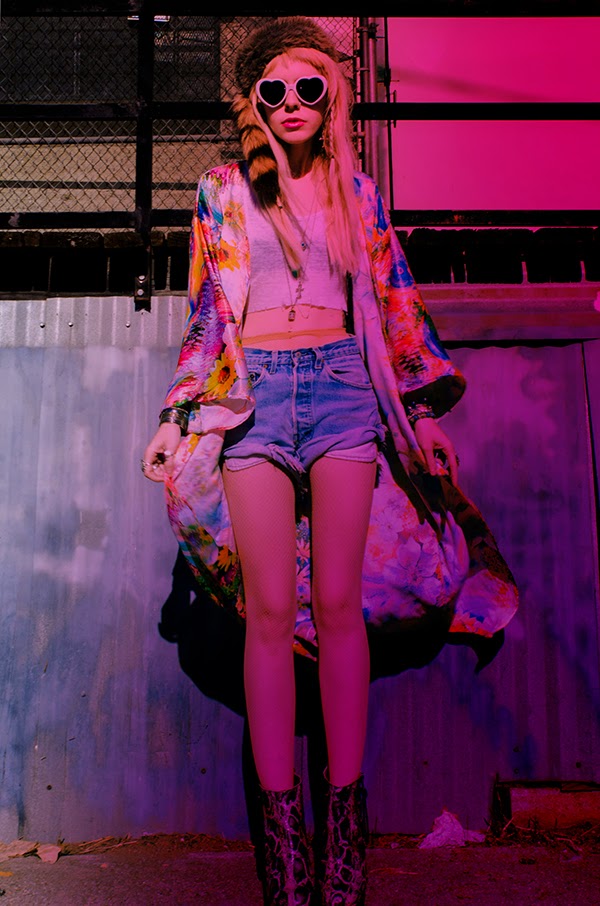 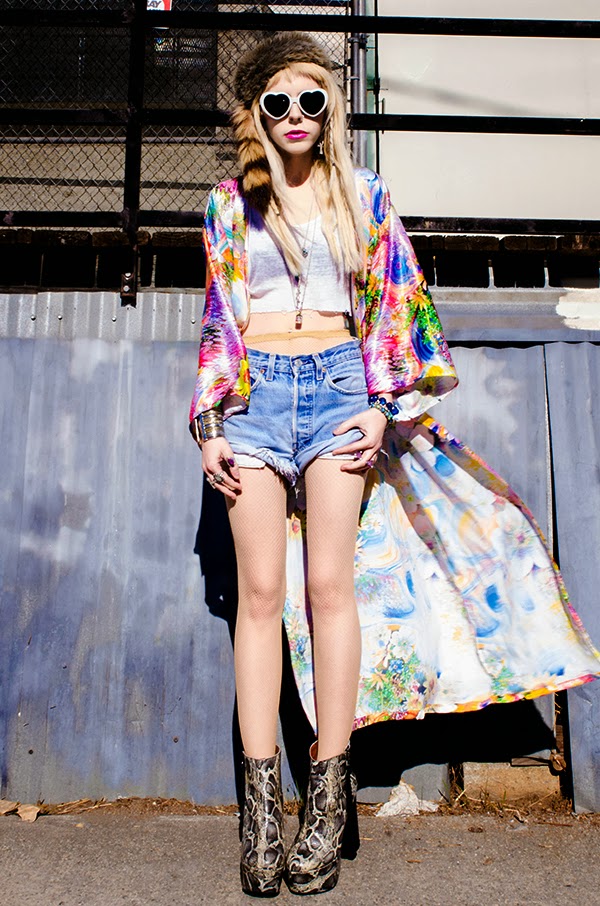 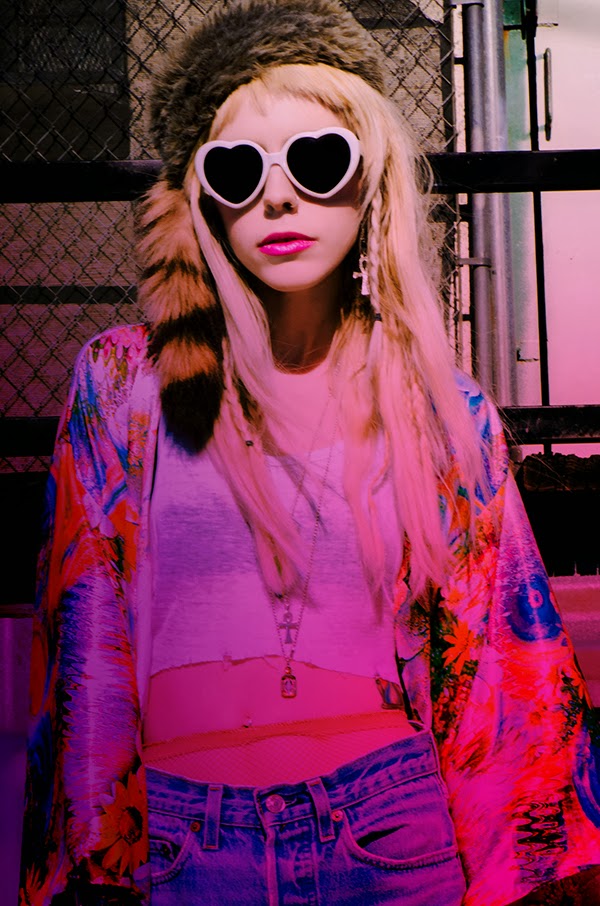 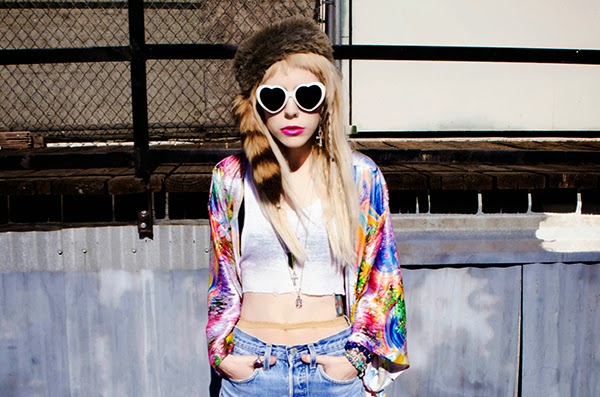 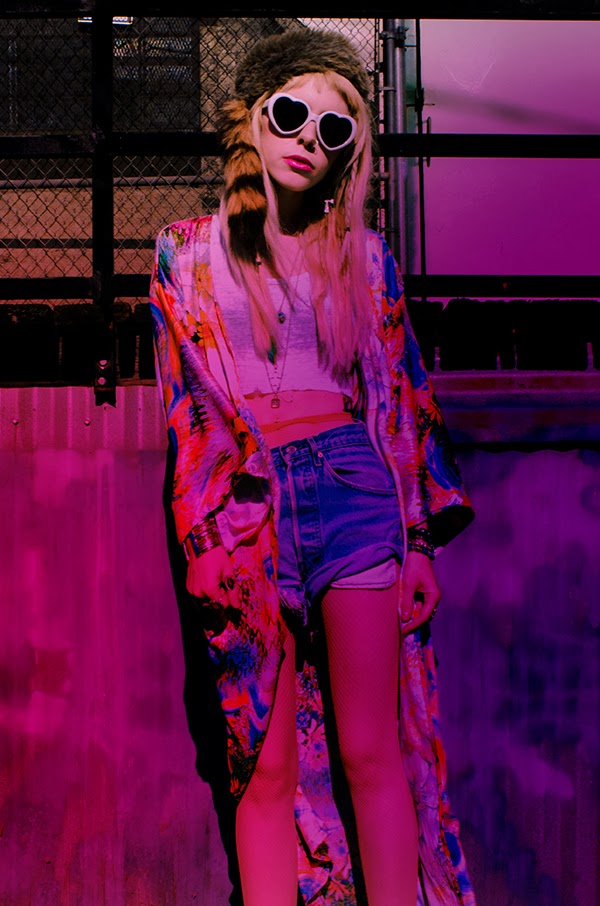 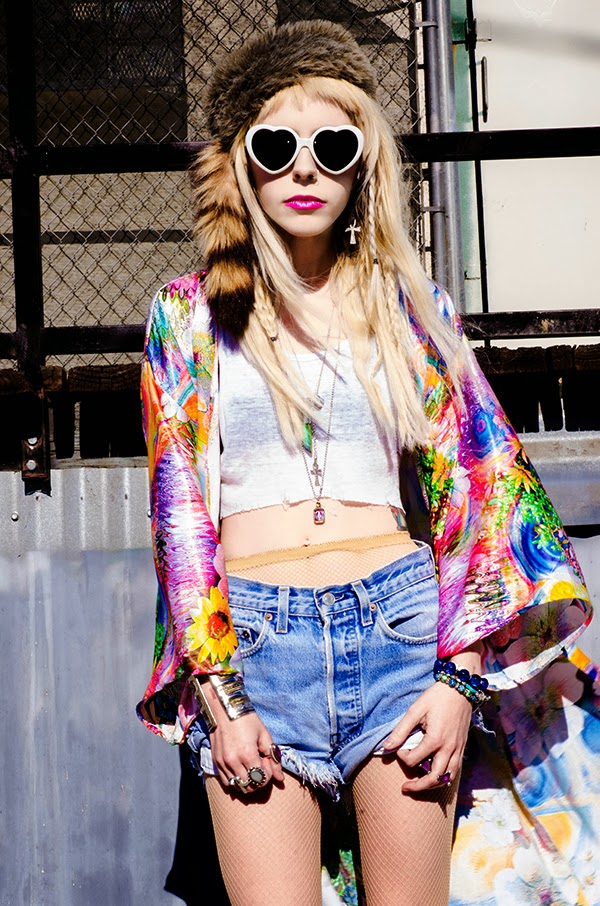 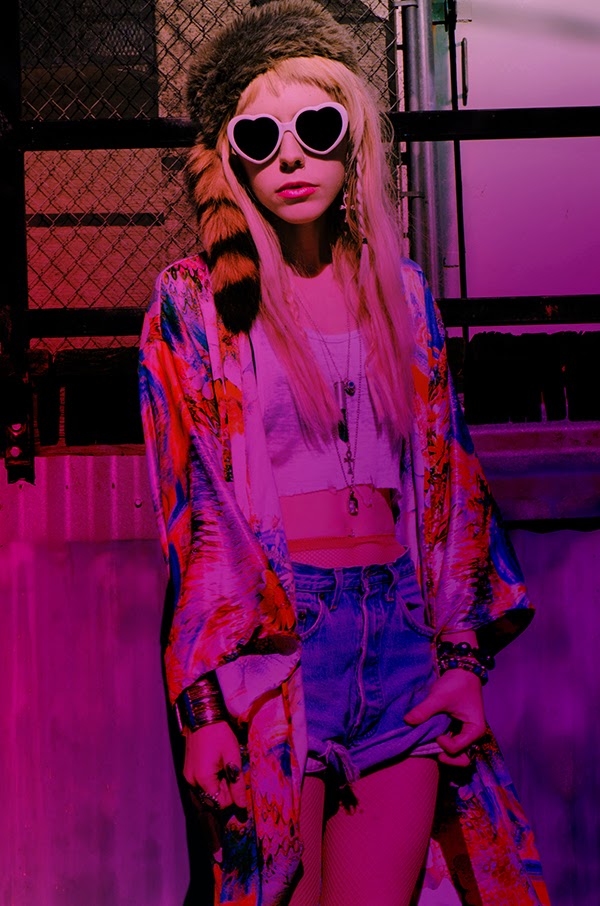 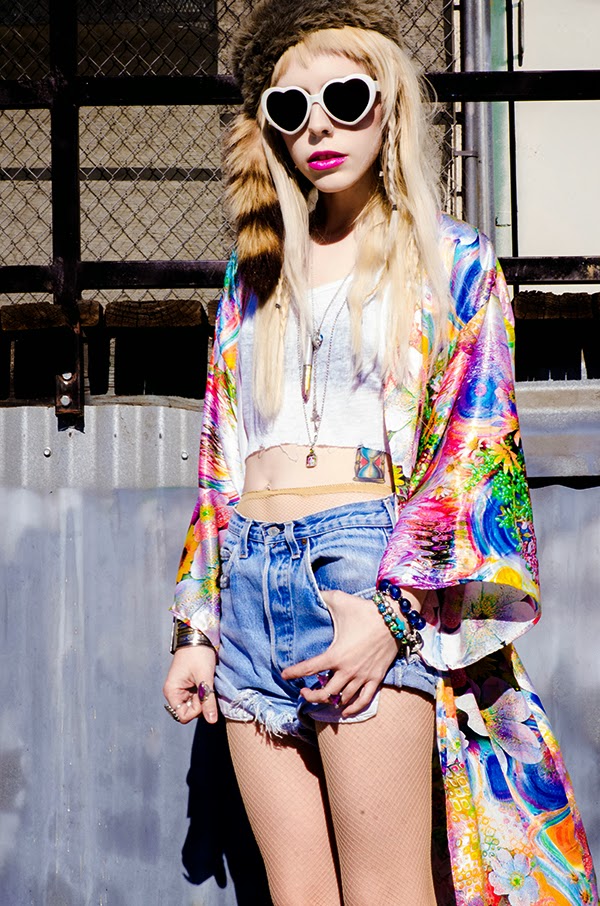 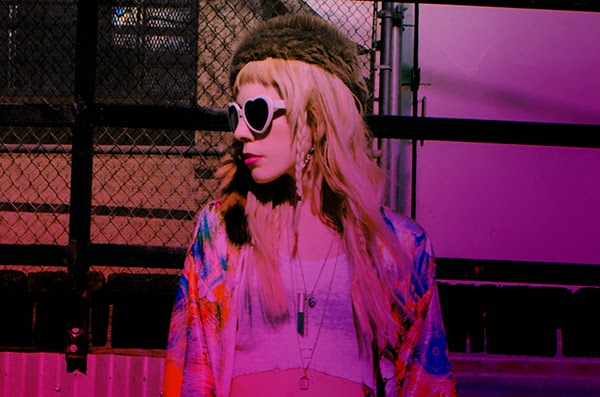 Kimono - c/o Waiste, Shoes - secondhand via Wasteland, Everything Else - Vintage

I've been thinking a lot about conspiracy theories lately. I've been re-reading Psychic Soviet, a collection of conspiracy-theory essays by Ian Svenonius, and it's so interesting reading something that you know to be ludicrous, but in a single fraction of a second, also could see being completely plausible. This is also the same effect Ancient Aliens has on me. There's that moment when you are so wrapped up in the false logic of your environment that non-thruths seems to register as truths. "COULD IT BE that ancient aliens created Parliament in an effort to launch Australia into outerspace to start an interplanetary war?" asks Ancient Aliens. "WHY YES, I GUESS THAT COULD BE!" I reply, entranced by the screen.

So, Ian Svenonious has this essay where he posits that The Beatles was a tool of the USSR to espouse the wonders of communism, while The Rolling Stones were vocalizing Maoist socialist theories, and there's this brilliant moment whilst reading it where I invariably agree with him ("WHY YES, OBVIOUSLY THEY ARE INDOCTRINATING THE YOUTH AGAINST CAPITALISM!") then realize that I'm most likely crazy, then deduce that the only thing that makes conspiracy theories crazy is if they are untrue, and really, that's a Schrodinger's cat phenomenon for a lot of things, because if you can't disprove the theory, even if it is against better common sense, it is theoretically both true and untrue simultaneously, and what was I doing again and oh dear how did I miss my train stop and where am I?

Anyway, go buy a kimono from Waiste, I like them.